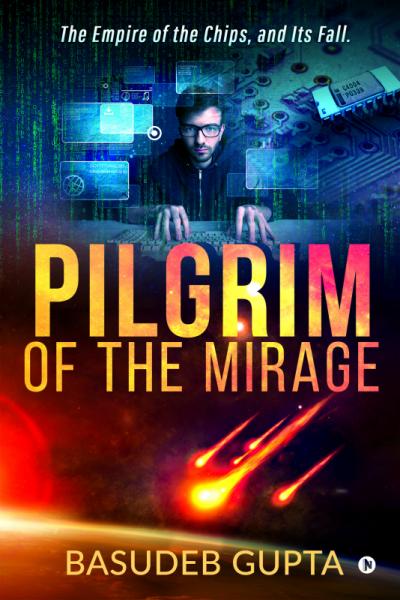 Pilgrim of the Mirage The Empire of the Chips, and Its Fall.

Pilgrim of the Mirage depicts the journey of mankind from the chaotic, all-pervading infection of technology today into the final world of technological dystopia, where all power is concentrated in a single computer program run by a secret group. The perpetuation of civilization as we know it is uncertain.

The story chronicles the odyssey of a fictitious Indian engineer, Tirtha, whose story starts in the 1970s. By a quirk of fate, he becomes the creator of the technological dystopia due to the ever aggressive application of computer software and artificial intelligence.

A fictitious, ancient group, ORB, in the image of similar groups that exist, controls this unrestricted technical growth with the sole objective of creating and maintaining a pure world of a superior class of human beings, served by the rest of the humans whose job it is to toil and produce.

As the world is finally controlled by ALGO, one single algorithm, it is vertically divided into the Supers and the Lowlys. To add to their misery, an asteroid comes very close to the earth, and mayhem destroys more than half of the planet. The Supermen decide to leave the world for their space colonies and destroy the rest with a nuclear holocaust.

How Tirtha joins a group that resists the final destruction of humanity, beats them using technology amidst his train of personal tragedies at every step of his life is the story of this book. 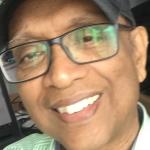 Basudeb Gupta is a postgraduate in computer technology and has been a working computer professional for the last forty-six years. He has watched the great strides made by technology, especially in computers and information science, both in India and abroad. Basudeb spends his non-working hours reading about the effects of technology, driven by greed, on human destiny. He also writes poetries in Bengali and translates world poetry to Bengali.

Basudeb is a widower and loves to cook. He is as enthusiastic about the ethnic dishes as he is about fusion cuisine. He enjoys baking for his staff. He also dabbles in musical instruments when he is not working on new software projects or is not busy in writing.

This book is his first English novel. He wants to share his experience and fears with the members of this planet.