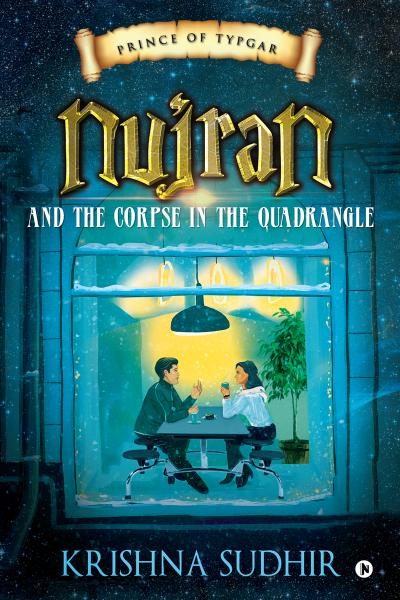 Prince of Typgar Nujran and the Corpse in the Quadrangle

This is the second in the Prince of Typgar series, the much-anticipated sequel to Nujran and the Monks of Meirar. At the end of the first book, we left Nujran as a teenager who has learned much through his journeys alongside his teacher Amsibh. He experienced romance, conflict, friendship, betrayal, and loss. He grew up along the way.

We begin the second book on the sprawling campus of the prestigious University of Western Foalinaarc, where a body has just been discovered. Who is this girl, and why is she dead? Could it be linked to the mysterious illness sweeping the campus and plaguing the teaching community? Why does Amsibh come to the school, and what does he need to protect Nujran from? Through what twist of fate is Nujran reunited with his old friends, the Monks of Meirar? And why does Nujran end up being a captive again?

The stakes are higher than ever before, with fugitives on the run, turbulence on the university campus, a new romance, a bizarre kidnapping, a perilous escape from prison, and a rescue mission where things don’t quite go as planned. Corpse in the Quadrangle is another fast-paced adventure that will hold young readers spellbound!

Krishna (Krishnankutty) Sudhir is a physician, cardiologist, educator, and author. Born in Chennai, India, he has lived and worked in three countries, namely India, Australia, and the US. He is currently based in the Bay Area in California, where he is a senior executive in the medical device industry.

In his academic career, he has taught undergraduate and postgraduate students at major Australian and American universities. He is passionate about educating the general public on topics in medicine and has authored several TED-Ed videos on healthcare. While well published in the medical field as the author of over 180 publications, his foray into the world of fiction is more recent.

He has traveled extensively and is deeply interested in cultures, languages, and cuisines across the globe. He enjoys watching international cinema, listening to music, reading fiction, and cooking Indian food.