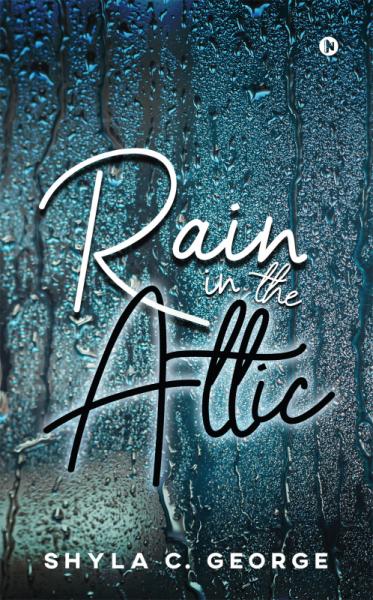 Rain in the Attic

Shyla George has an eye for detail, lucid memories of childhood, nostalgia for a vanishing world and a pictorial imagination. Her simple poems evoke a world where human beings live in harmony with nature and the rhythms of life and of rain complement each other.

There is a varied often subtle and original portfolio of poems. Some of the imagery is beautiful and stark and a number of the poems are charged with sad honest humanity. The natural warmth and acceptance of the speakers of many of these poems gives them a melancholy charm.

Her poetry has a very distinctive voice that is warm, precise, vulnerable and playful. Moreover, her manipulation of reality is often both witty and psychologically interesting.

Shyla C. George had never ceased to be a writer, though not one by career. In 2013, she took a break from her long stint in banking to pursue a master’s degree in creative writing at Nottingham Trent University, UK. Her account of her days at Nottingham, published in Samakalika Malayalam weekly, was widely noted.

She was a columnist for Janayugom daily in early 1991. Several of her short-stories and poems have appeared in Malayalam magazines. She is on the editorial board of Eureka, a prominent children’s science magazine in Malaylalam. Her works for children are: