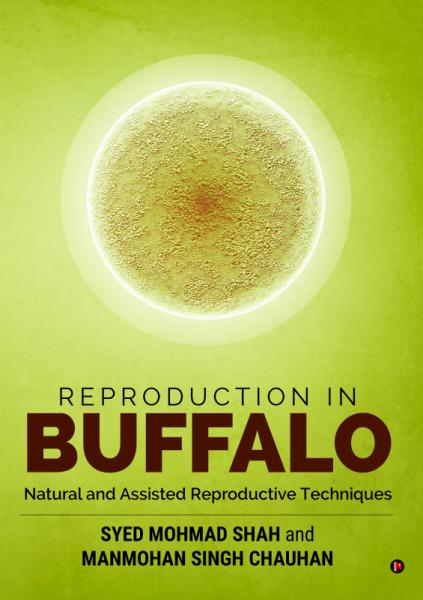 Reproduction in Buffalo –The first book of its kind: discusses reproduction, both natural and assisted, of animals in general and buffalo in particular. It explains everything from oogenesis, IVF and cloning to stem cell and transgenic technology. The book will not only be useful to graduate and postgraduate students of Reproductive Biology but the researchers, teachers, clinicians and those who marvel at the most mysterious process of nature– Reproduction, will find it exciting.

Dr. Syed Mohmad Shah holds a doctorate in Animal Biotechnology. He has earned his PhD from the National Dairy Research Institute, Karnal, India. He has extensive research experience in embryonic stem cell biology, in vitro fertilization, cloning, transgenic techniques, cell culture and other molecular biology techniques. He has earned his M.V.Sc from GADVASU, Ludhiana and B.V.Sc & A.H. from SKUAST-Jammu. He has more than twenty-five published papers in reputed scientific journals to his credit. He has developed buffalo embryonic stem cell lines from IVF, parthenogenetic, as well as SCNT (Cloned) buffalo embryos. The author has been instrumental in the development of strategies for the production of artificial gametes from embryonic stem cells.

Dr. Manmohan Singh Chauhan is the present Director of ICAR-Central Institute for Research on Goats (CIRG), Makhdoom, Mathura (UP). Before joining CIRG, he was the Principal Scientist in Animal Biotechnology at the National Dairy Research Institute, Karnal. Dr. Chauhan is a distinguished scientist in the field of Reproductive Biotechnology. During his research career, spanning thirty-two years, he has developed several potential Assisted ReproductiveTechnologies for enhancing the reproductive efficiency in livestock. He has significantly contributed towards the development of simple methods for in vitro fertilization (IVF), production of embryonic stem cell lines in buffalo and goats, ovum pick-up (OPU), IVF technology in cattle and yak, animal cloning in buffalo using simple hand-guided cloning technology. He is a ‘Fellow of National Academy of Agricultural Sciences’, and a ‘Fellow of National Academy of Dairy Sciences’ of India.