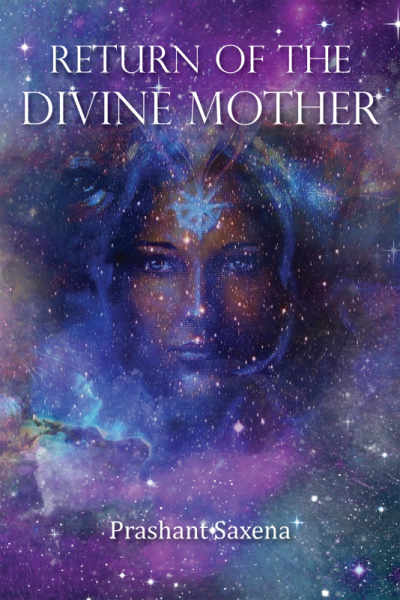 Return of the Divine Mother

This is a story of two disciples – who are trained in martial arts, yogasanas and the science of Brahmsutras – taught and nurtured by two sages who themselves had attained yogic siddhis.

The story starts with a dream of one of the disciples, who peeks into the world of timeless reality. Trying to seek answers, he discovers a secret kingdom – an ocean of eternity – beneath the realm of earthly existence.

Does consciousness exist because of the material world, or do time and space exist because of consciousness? The thought releases the river of higher knowledge which leads to the realization of the Divine Mother, the eternal Prakriti; the saga of creation; the paradoxical world of Brahma; the transformations of energy; the nectar of immortality, whereby, the journey emerges with a twist, magnifying the perception of endless possibilities.

Inspired by Mahabharat, where the divine song of Krishna unfolds in the midst of an epic battle, this book embraces the wisdom of Devi Mahatmya, Devi Suktas of Rig Veda, Garbh Upanishad and Yog Sutras of Patanjali to reveal the ancient science of India.

Prashant Saxena, the author of Bhagvad Gita – The Supreme Secret which was published in April 2015, has been pursuing Indian science since a very early age. Brought up in a family of doctors, who themselves are rooted in the ancient Indian wisdom, and having an affinity for science, he has observed closely the evolution of modern science and the various holistic perspectives on Indian knowledge. He is also the grandson of Dr Veerbala, a Sanskrit scholar and a teacher, and Dr Dharamvir Bharti, the Chief-editor of the popular Hindi weekly magazine Dharmayug, from 1960–87, who was awarded Padmashree for literature in 1972 by the Government of India.