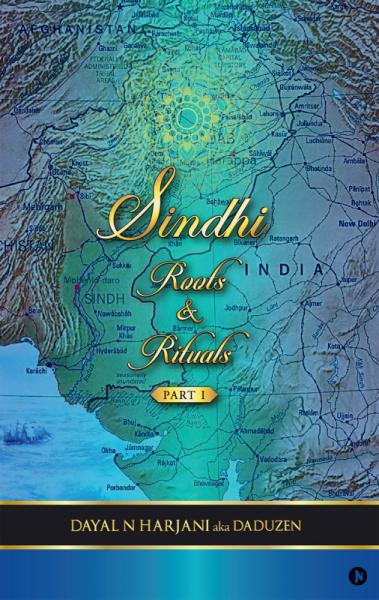 Mr. Dayal N Harjani’s recent publication “Sindhi Roots & Rituals,” a magnum opus, is the outcome of Harjani’s painstaking research of years, studying hundreds of books and collecting the information orally from vast number of persons with intimate knowledge. He has successfully unraveled the historical, economical, and cultural past of the most ancient race of Indus Valley Civilization, with incisive analysis and deep insight. No doubt it is his labour of love and sense of responsibility, which has induced him to undertake this arduous task, never attempted before.

Exploring the subject under his lenses, Harjani has realized that Sindhi Community is passing through a serious Identity Crisis. Sindhi Language, the quintessence of its rich culture is in pitiable condition. It hangs at the perilous precipice from where it is poised to leap into the chasm of oblivion. The Sound of tolling bells is quite loud and clear.

According to Harjani, Sindhis have to act fast on war footing, if they wish to survive, eluding the list of races which may vanish from earth in near future.

Mr. Harjani has suggested few remedial measures as given below.

Sindhis should strive to create their homeland, the suitable location for the same is Kutch region adjoining Sindh.

They should also establish “Bharti Sindhu Vidyapeeth,” a Cultural University to act as a repository of all the knowledge about Sindh and Sindhis, to preserve and promote Sindhi Language & Culture.

They should build “Shree Jhulelal Tirthdham” on a gigantic scale, at Narayan Sarovar which is the site where River Sindhu merged in Sindhu Sagar.

Lord Jhulelal, Ishtdev of Sindhis shall certainly reappear at the same spot to become their saviour, if all the Sindhis united together to beckon Him, whole heartedly in one voice. - Lakhmi Khilnani Director and Founder Member Indian Institute of Sindhology Adipur

Dayal N Harjani aka Daduzen is an entrepreneur, with philosophical, poetic and philanthropic inclinations. He is a writer of several articles on varied subjects for the South China Morning Post and self help articles published in various magazines.

Daduzen is the Author of four books. The first one has been titled “Ekta Ki Gunj” comprising 900 couplets in Hindi on several social and spiritual issues and the second titled “Laugh your way to Knowledge Dance your way to God” A third book on Yoga titled “Why Yoga for you?” and lastly “Kabir Speaks” that comprises 300 couplets of Saheb Kabir translated in English with a perfect English rhyme inclusive of purport and translations.

Besides his business interests he currently serves as a Chairman of Erase Poverty (Hong Kong), dedicated to the alleviation of the poor and needy in India. He continues to be a student of the Rosicrucian order – AMORC, a mystical institution of renown, authenticity and International repute and remains a founder member and advisor for Punya Dham Ashram in Pune.