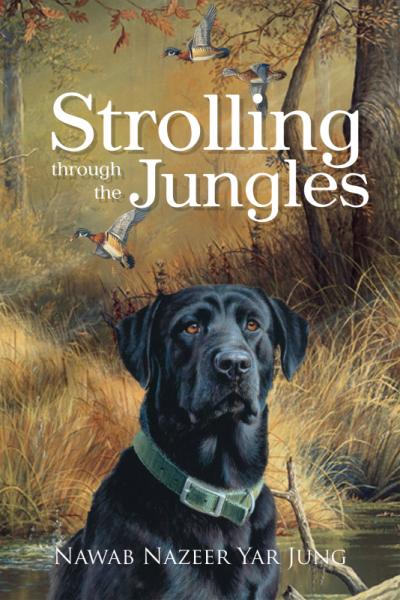 Strolling through the Jungles

Strolling through the Jungles is a paean to the author Nawab Nazeer Yar Jung’s immense passion for all God’s creatures.

Nawab Saab transports us back in time, capturing his adventures and encounters with wild life in the jungle, in the company of his faithful friends, his beloved doggy family. In this book he pays tribute to all the animals that have left a mark in his life.

The book also deals with the history of the Eastern Coursing Hound, the breed standards of Indian Breeds , ’The Caravan Hound’ and ‘The Jonangi’, and is peppered with interesting anecdotes winnowed from the experiences and the enthusiasm of the author.

Nawab Saab is not only an All Breeds and Obedience Judge in the KCI, but also a Judge for Government Police dogs. He has owned and bred over thousands of dogs, under the famous kennel name of ‘Paigah’, and is considered a ‘Living Legend ‘in the canine fraternity of the world!

Hailing from the Noble ‘Paigah’ Family of Hyderabad, Nawab Nazeer Yar Jung was born with an intense passion for animals. His maiden venture into the Sport of Dogs was when he walked into the Show Ring with his Cocker Spaniel at the Ooty Dog Show in 1935. Ever since, he has ruled the Show Ring with his presence, both as an exhibitor and as a judge. It is very difficult to either compare or surpass Nawab Saab’s experience with his canine friends, as the following records indicate. He has owned and bred over three thousand dogs in his lifetime. He has dominated the Sport of pure bred Dogs in India with his ‘Paigah’ Kennels, winning over five hundred Boards and over five thousand Challenge Certificates, spanning over thirty-nine different Breeds!

His love for the Show Ring also extended to his expertise at the Obedience Shows. Once, he showed five dogs at one Obedience Show and got a score of 330/330 for all five dogs, which till date, is a world record! At another prestigious show in Madras, he beat Twice Obedience Crufts Winner with his Labrador with a score of 330/330! Nawab Saab has also judged the All India Police Dogs at the Police Duty Meet many times over. He has trained dogs for the Royal Ceylon Airforce, the Andhra Pradesh police, Voltas, Tatas, BHEL, Western Railways, Travancore Tea Company, etc.

Nawab Saab ‘s passion for animals extended right from the tiny squirrel to the intimidating elephant . Being an avid lover and connoisseur of horses, Nawab Saab was invited to judge Arab Horses in Saudi Arabia.

Nawab Saab has spent a large chunk of his life amid forests, mountains and vales with his beloved dogs. As a part of this interest, he was invited by Thames Television to appear on their prestigious programme titled ‘This is Your Life’, for having saved the life of great travel writer, Mr Eric Newby.

With a lifetime of priceless experiences and a treasure of accumulated knowledge, it is not surprising that Nawab Saab is considered a ‘Living Legend’.