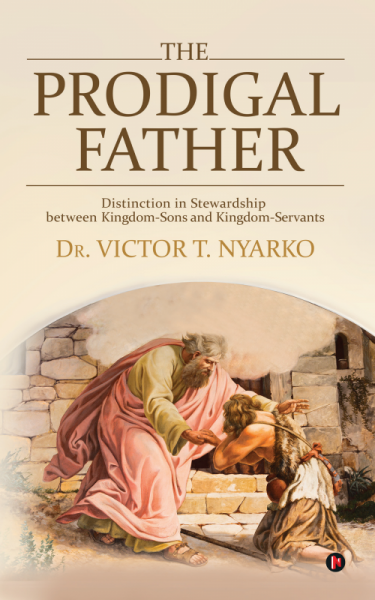 What has become popularly but erroneously known in Christian and Church circles as the parable of the ‘Prodigal son’ is part of a larger revelation Jesus told about three parables of lost—the lost coin, the lost sheep, and the lost son.

Contrary to the popular opinion and title given to this parable, the parable is more about a Prodigal father and his attitude towards a wayward younger son and a disgruntled elder son, and nothing at all about a ‘Prodigal’ son.

The book culminates in the clear and simple distinction that our Lord Jesus makes between sonship and servanthood in his vineyard parables, contrary to the claim by many that all humans are sons of God through procreation.

Are all indeed sons of God? Or is there a distinction between Kingdom-Sons and Kingdom-Servants of God?

This book’s approach to both subjects above will leave you amused, instructed, enlightened, stirred up, and challenged, but definitely not bored!

A trained Geologist and Scientist turned Holy Ghost filled Bible Teacher and Conference Speaker, Dr. Victor Nyarko, started writing about 13 years ago and has written seven books since. His genre deals with unveiling deep revelations of scripture in the most simplistic way.

Dr. Nyarko studied at the University of Ghana, Sony Brook University, and Cornell University's School of Industrial and Labor Relations (ILR), where he earned his undergraduate, graduate, and postgraduate degrees and certificates. He has, since, lectured at a number of Universities and Bible Colleges within the New York Metropolis.

Dr. Nyarko lives in Bronx, New York, with his wife Joan Elaine and their children Tori, Vanya and Joash. Apart from pastoring the Victory Family Worship Center and writing, he enjoys touring historic sites with his family.