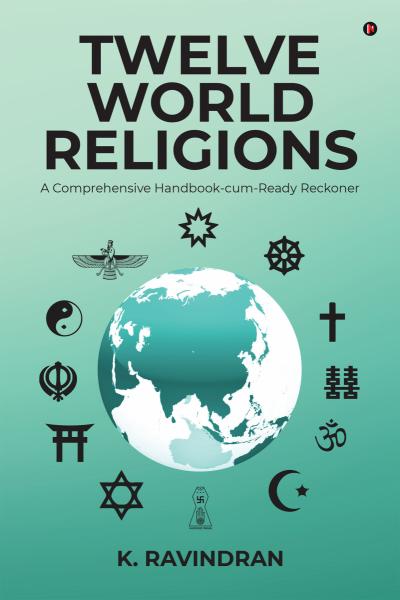 With the proliferating electronic media platforms of social networking sites and the spread of false/doctored news, many lay people get wrong notions on religions/faiths. This leads to religious rivalries, mutual suspicions, hate speeches and increasing religious intolerance, leading to violence taking root in certain areas of the world. It is therefore quite essential for lay people to be familiar with the basic essence and congruence of religions.

Twelve World Religions is an attempt to educate the lay public about this. It gives a kaleidoscopic view of the 12 major religions of the world in a structured, uniform pattern to include the founder of the religion, historical background, concept, beliefs, core teachings, temples/shrines, methods of worship, rituals, societal restrictions, priesthood, proselytization, eschatology, religious texts and scriptures, development of the religion through centuries, interaction/conflict with other religions, the spread of the religion, demographics, diaspora, symbols, etc. The language has been kept simple without any profound philosophy or pedagogy, keeping a lay reader in mind.

India’s ancient Vedas stated that there are many different approaches to God and all are valid. The modern Indian saint Sri Ramakrishna also stated, “As many paths, so many faiths.”

This book is an attempt towards it. 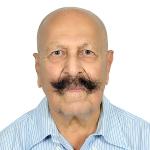 K Ravindran did schooling in Kerala and Electrical Engineering graduation from Banaras Hindu University, Varanasi. He joined the Indian Air Force and worked for over 24 years at various stations all over India in the fields of signals, missiles, radar and communication systems. He took voluntary retirement in the rank of Wing Commander in 1988 and settled in Vadodara, Gujarat. Thereafter, he pursued his interests in yoga, spirituality and writing activities.

He authored a book titled ‘Happy Living’ in 2006, a second book titled ‘Yoga 360 Degrees’ in 2015 and a third book titled ‘Sabarimala’ in 2018. He is widely read on varied topics. He has extensively travelled all over the world, including many religious pilgrimage centres. He is associated with many social and philanthropic organizations. He is a member of the Retired Officers’ Forum, Vadodara – a senior citizens’ fraternity that promotes social causes and organizes seminars on holistic and healthy living. He is a devotee of the Ramakrishna Mission and is a practitioner of Yoga Asanas and Pranayama for the past three decades. He spends his time reading, writing and a bit of gardening. He has two sons. The present book is his fourth publishing venture.