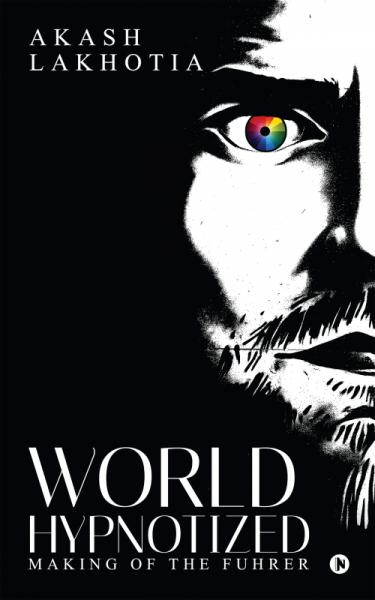 World Hypnotized Making of the Fuhrer

The protagonist suffers from chronic pancreatitis and has spent months at the hospital.

So-called friends and girlfriends drift away in his time of need. The only ones by his side are his family, giving him strength to fight the pain.

Soon things become even worse. He is rushed into an emergency surgery following an episode of internal bleeding.

He wakes up to the sound of voices. The first thing the voices tell him is, “No one comes back from death empty-handed. We are going to stay with you, either to guide you or to torture you. We will play with your head and thoughts as we feel fit.”

What do these voices want from him?

Will they help him or turn against him?

Akash Lakhotia was born on 25th August, 1990, in a small village named Rambha at the banks of Chilika lake (Odisha), India. He is settled in Bangalore, Karnataka, India where he attended high school.

He had a rough childhood and constantly suffered from stomach aches. Soon after Lakhotia turned twenty, his pain worsened, and he was diagnosed with chronic calcific pancreatitis. He fought the disease bravely, and experienced a quick recovery.

He then acquired a Diploma in Game Designing, and subsequently, a job in the same field. His poor health forced him to quit in two months. He was bedridden, and employed his time learning to build games for mobile phones and began working as a freelancer.

The author has expressed all of the pain and suffering he has been through, in World Hypnotized, where the protagonist experiences the same ailments. The book also details how the common man is manipulated by the media, how social media can help people, and the power of social media.