Manish Shrivastava’s journey embarked as an enthusiast of the Hindi language, which is also his mother tongue, and began in his college days as a playwright but came to a standstill when the burden of livelihood overpowered his adoration for and pursuit of writing. His profession range-rovered him to different parts of India, starting from Bundelkhand, which is also his hometown, to western UP, Madhya Pradesh, Andhra, Kerala and Karnataka. His extensive experience even took him to South East Asia and he is presently settled in Jakarta, Indonesia.

But the aspiration to accomplish his dream in writing and exploring ideas to serve on an enriched platform for Hindi readers made him pen down his first Hindi novel Roohi-Ek Paheli and its scrupulous acceptance among the masses made his confidence in writing more prominent and hence, Main Munna Hu was conceived on paper. 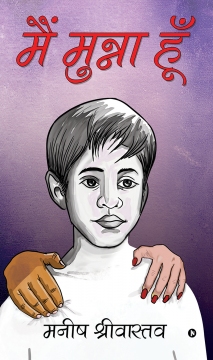