Neha Tiwari spent her childhood with her grandmother, in a beautiful village in Faizabad district of Uttar Pradesh, which is also her birthplace. Her parents wanted her primary education to be with them in the city itself, but she was only 3 years old when she insisted to come to the village with her grandmother and this is how the success story of another daughter from India started. A story that started from small villages of Uttar Pradesh is being written in many cities & valleys of India.

A Poet from heart and professionally she's is a "Microsoft Cloud Engineer" and currently works in Mumbai. The desire to carve out all their ups and downs on blank pages has given birth to her first collection of poetry "Dhoop Aur Chhaanv Ke Beech".

She believes in humanity above every religion and "humanity should be the first religion of every human being on this planet" she wants to spread this message to people. 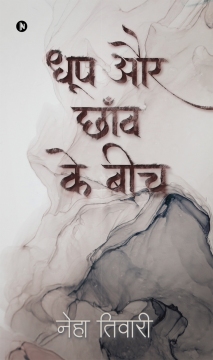