Born and brought up in Himachal, Tarun Soni comes from a middle class family. Separation from parents at a very early age and alien feeling about his sexuality always haunted him. He did BAMS, BFA and MFA. Tarun loves painting and writing. He is one of top painters in Himachal, exhibited many solo and group shows. Picasso, Premchand and Osho are three most influencing personal in his life.

Godaan of Premchand was a precursor in his literary life. He has written many poems and short stories. This novel was outcome of his own struggle with his sexuality, stuck between fear of alienation and ecstasy to liberate oneself. It was written during the summer of 2013. 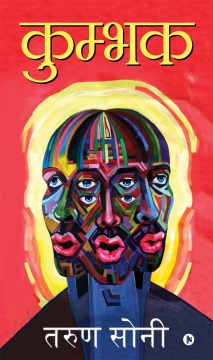