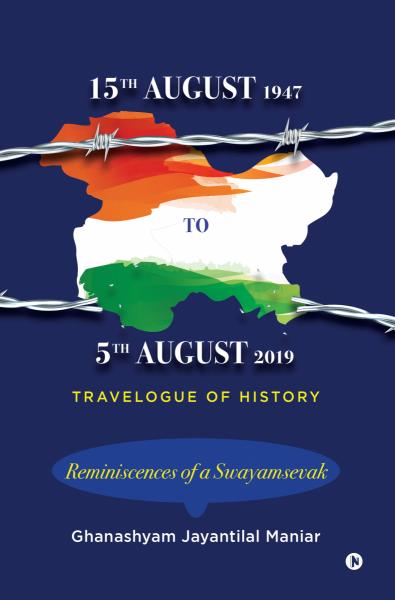 This book gives details of the current problems which are rooted in past. The roots go up to 1200 years back and describes the causes of India’s downfall and erosion of Indian culture and values. The causes are valid even today. It describes Mughal era, British era, Post-independence era in detail. The advent and role of Indian National Congress is explained including the role of MK Gandhi. The contributions and mistakes of all the Prime Ministers of India have been given with their impacts. The chapter on Rashtriya Swayamsewak Sangh gives unknown facets of the organization. The author, an RSS Swayamsevak, describes the strengths and weaknesses of the organization. The book deals with the Current problems and possible solutions. An insight towards the responsibilities and duties of the young generation has been given.

Before 5th August 2019, J&K State did have a different flag and different constitution due to Article 370 and 35A. The J&K State was not truly acceded to India. After abrogation, the accession is complete in all respects. The book gives the Travelogue of the History. The journey from 15th August 1947 to 5th August 2019 has been connected.

The highlight of the book is that it refers to various areas from ancient history to the contemporary events in respect of education, history, myths, socio-political scenarios and interweaves them nicely so that the reader gets a holistic overview of the past and present of India along with the challenges ahead and offers possible solutions.

A MUST READ BOOK. 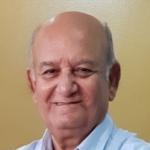 Ghanashyam Jayanatilal Maniar, son of Smt. Jasumati and Shri Jayantilal Maniar was born on 21st March 1944 in Delhi. He studied in Delhi and did his post-graduation in Electrical Engineering from Banaras Hindu University in 1969. He worked in UPSEB, NHPC and NTPC as DGM; then in Consulting Engineering Services and Louis Berger Group. He worked as a consultant to MSEDCL and J&KPDD for their InfraPlan Projects. He is widely travelled to Italy, Germany and Japan on official tours and also visited the UK and a few European countries, the USA and Thailand as a tourist.

He joined RSS at the age of 14 years and also undergone Officers’ Training Camp (OTC) up to the 3rd year. He actively participated in ABVP of BHU.

He has 4 brothers, 2 sons, both married; and a daughter working in the USA.

Finally, he retired from his professional life at the age of 75 and lives in Navsari, Gujarat, India.