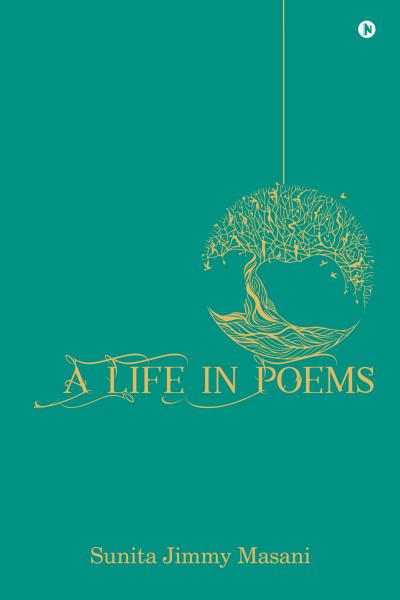 A Life in Poems (A poetic life)

An impressive debut: Sunita Masani’s life work in poetry is confident, original, and packed with insight. Her poetical work spans three decades and is metaphorical and sensual. The eclectic collection has clever haikus capturing the voluptuousness of nature with great aesthetic sense, free verse, elegies, and nuanced poems that are a nod to the extensive international impact of the English Romantic poets. Masani has developed her own poetic means of negotiating such key issues as love, loss, Vipassana, self-knowledge, and the struggles of the pandemic. Beautifully visualized, the affirmation and occasional moments of pure joy in Masani’s poems are quiet, but run deep.

Uttara Choudhury is a senior journalist in New York and contributing author of “Women who Write their Own Rules” published by Harper’s Bazaar.

Born 13 July,1968 into a liberated Parsee family, this poet, spent an easy childhood, travelling India, with her parents during school holidays. She was significantly influenced by the progressive tutelage (at The J. B. Petit High School for Girls) under Ms. Shireen Darasha and she thanks her mother for choosing the school. This book is a short collection written from an early age, spanning the writer's life; hence the title, "A life in poems" ('A Poetic Life').

After completing a master's in law from the Mumbai University, she practised at the Bombay High court for over twenty years. One of the greatest influencers, was the poet's father, a respected Solicitor, who was not only her mentor professionally but also one of her best friends.

The poet is a recipient of several international awards and scholarships including from the British Council, the Rotary International Peace fellowship and from the Government of Australia.

Being a sailing enthusiast, she has participated in several competitions including the Nationals in the enterprise class of boats. Having passed the YAI exam to qualify as a national judge, she has enjoyed judging many local and national sailing competitions.

Around 2015, the Poet re invented herself by completing her master's in clinical psychology, a diploma in counseling psychology, from St. Xavier's College as well as getting continued training in the Art of mediations (inter and intra personal conflict resolution).

This poet feels blessed having created a beautiful synergy in the two branches of peace building, namely that of counselling and mediations. Her spiritual training in Vipassana has given her deep insights in both these fields and in writing poetry, as well as living a fulfilled poetic life!