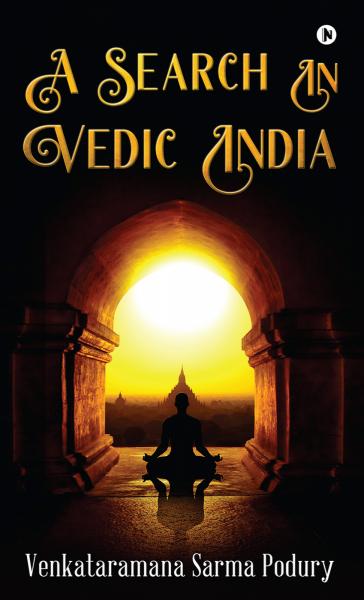 A Search in Vedic India

It offers a wonderful technique to live happily in the world.

One would be free from the fear of death, after reading this book.

Objects that are billions of light-years away are being observed by men without any clue, as to the secrets behind their creation and their creator. They forget a simple secret that all could be known by enquiring into his own self to find answers to all the questions faced by any man at any time.

This book tells you how to do that enquiry step by step, into one’s own self to recognize one’s true self and their relationship with the objective world and the so-called God. It is not in an ‘essay-type’ article format but in the most interesting way of dialogues between Guru and Shishya, answering all the questions that arise in the reader’s mind.

Venkataramana Sarma Podury lives in Tiruvannamalai, India. He has pursued a spiritual inquiry as suggested by Bhagavan Ramanan Maharshi. His search for a guru, who could guide him directly, resulted in his meeting with Mrs. Ellie Roojdar. Her guidance removed many knots in his spiritual understanding.

His inability to wade through high technical jargon used by many teachers of Advaita prompted him to attempt an explanation of Upanishad’s secrets in simple language, intelligible to common people interested in seeking truth. He also realized that the interest of any reader could not be sustained for a considerable time if the subject is presented as essay-type articles. This resulted in adopting the same technique used by the great seers in many Upanishads, that is, a dialogue between Guru and Shishya.

The four important topics discussed either in Sri. Bhagavad Gita or other philosophical books of the east are karma, bhakti, yoga and Jnana. The author considered them important and a clear understanding of these paths are necessary before one finally recognizes the truth through Jnana. Many people get stuck in any of the first three paths without proceeding to the Jnana approach which alone lands one in self-recognition, resulting in ultimate freedom. One has to go through the book to understand the nature of freedom one gets once the self is recognized.

He has authored three books, two in Telugu and the present one in English, on the teachings of Advaita. In addition, he has published nearly a hundred stories and articles on social as well as spiritual matters.