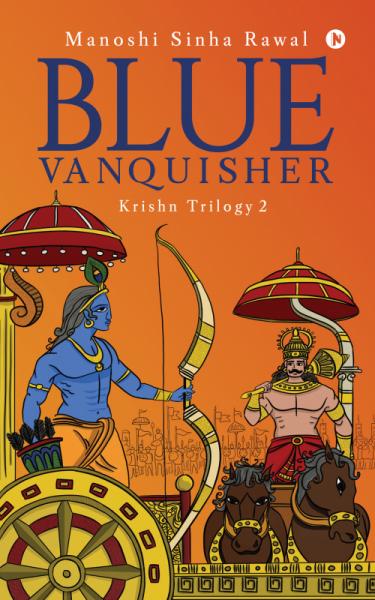 Circa 3216 BCE! The end of Dwapar Yug! The first battle between Krishn and Jarasandh, the king of Magadh, ended in favor of the former. Sixteen more battles followed, one after another, with grander strategies and bigger armies in the outskirts of Mathura. To avert the 18th battle, Krishn did something. What did Krishn do?

The enmity between Krishn and Jarasandh continued. Krishn was anointed king of Dwarka. He encountered Satyabhama, daughter of king Satrajit and queen Padmini of Satrapur, a kingdom near Dwarka. Will Krishn marry Satyabhama? If no, will they ever meet again to realize common goals?

Seventy-three years of twists and turns, one after another, in the life of Krishn! Who did he marry? When did he marry? Did he elope? Did he and his wife maintain celibacy for several years, doing penance in the Himalayas? Was he a one-wife man? How many children did he beget? How was Sudama, his childhood friend, benefited? What about the 16,000 celestial nymphs he freed from Narakasur’s captivity? What was Jarasandh’s fate? How shrewd was Krishn? What role did he play at the nascent stage of the Kurukshetra war? Read Blue Vanquisher to know all of these and more!

Krishn Trilogy depicts the story of Krishn from birth to death, delving on every aspect of his life besides refuting the many myths associated with him. The Eighth Avatar (Krishn Trilogy-1) describes Krishn’s journey from birth till the fourteenth year of his life.

Manoshi Sinha (Rawal) is a writer by passion and an editor by profession. She was educated at Don Bosco School, Doom Dooma and graduated from Women’s College Tinsukia, Assam. She is a postgraduate in English from the University of Pune.

Her first novel Made for Each Other was published in 2000, followed by The Stigma of Womanhood in 2005. Her third novel, The Eighth Avatar is the first of the Krishn Trilogy series. She has three collaborative authorship projects to her credit – A New Approach to Practical English Grammar, Selected Latest Essays, and DGP English Improvement Course (a best seller).

Manoshi lives in Ghaziabad with her family.