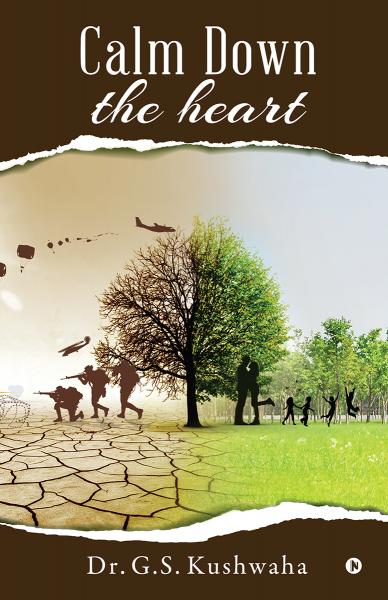 Calm Down the Heart

Calm Down the Heart; is the sixth flower of English poems by Dr. G. S. Kushwaha. The alluring sound of these poems would certainly enter your ears and touch your heart. You can discover the passion of the poet and see the distinctive descriptions of the somber, delicate and translucent fragrance like those of ‘Virtue, bliss, riches, a chaste wife brings,-’ ‘Our suspects lie in heart, and jealousy in eyes’- ‘Thought is a definite designer of life’- ‘Frugality spawn of care, friend of control, and the root of riches’- ‘Racial anxiety sink, caste, colour, creed, vanish tribulations these’- ‘True life pleasures find in society’- ‘War brings a horrible disaster,” and many more themes lodged in the poems. The readers will experience the meaning and the true sense of life and finally sing- “My beloved smiles and my heart sing- Allures heavens and dole out blessing.”

Dr. Govindprasad S. Kushwaha, (b.1944, Fatehpur, UP), is a retired HOD and PG in-charge in English at Municipal Arts and Science College, Mehsana, Gujarat, He is a writer, critic and an eminent English poet. Nine scholars received their Ph.D. degree in English under his supervision. He has got the following publications to his credit –