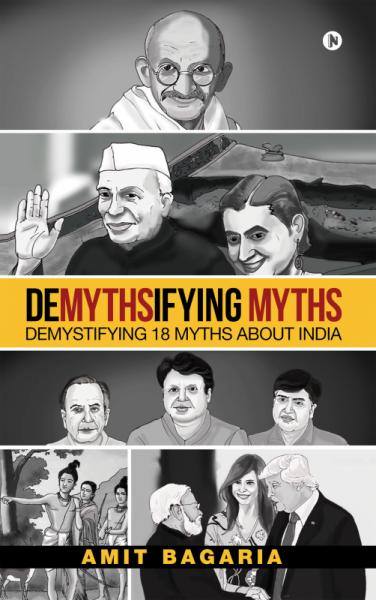 How is MK Gandhi a “Mahatma”?

Did Sardar Patel deserve the title “Father of the Nation” more than MK Gandhi?

Why was Nehru called Chacha Nehru?

How did the Kashmir problem start?

How did Parsi-born Feroze Ghandy become a Gandhi?

Why did Indira Gandhi declare an emergency in 1975?

What were the 16 mysterious deaths in India apart from Lal Bahadur Shastri?

What were the extramarital love affairs of Nehru and Indira?

Did Congress win 10 Lok Sabha elections with a majority of votes?

Is Hinduism a religion?

What is the Hindu Rashtra?

Is our Rajya Sabha modelled on the British House of Lords?

Why did we choose a parliamentary instead of presidential system of government?

Amit Bagaria is a serial entrepreneur turned serial author. He has written nine
nonfiction books and one fiction novel since November 2017 and has sold
more than 8,300 copies. He has received a lot of praise from dozens of book
lovers and serial book reviewers for six of the ten books. This is his second book
(first published April 2018) and has sold over 2,750 copies.