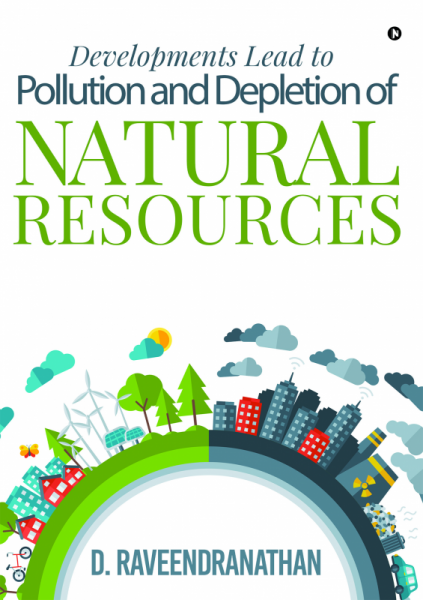 Developments Lead to Pollution and Depletion of Natural Resources

Global warming and climate changes are caused due to excess emission of greenhouse gases mostly from the industries and burning of fossil fuels. At present, there is a deficit of seasonal rainfalls, increase in atmospheric temperature, rising sea levels, scarcity of water for domestic and industrial purposes.

There are interstate disputes; even the Apex court finds it difficult to satisfy the agrarian community regarding the equitable distribution of water. Domestic and industrial effluents are released to the natural river courses contaminating the drinking water. Unusual and unprecedented downpour of rainfall caused by cyclonic effects leads to natural disasters such as floods and landslides. On the other end, there are drought and outbreak of diseases caused by bacteria and viruses.

There is an imperative need to protect the natural reserves as per the approved norms of National Forest Policy to have a proper carbon sink for the mitigation of excess emission of greenhouse gases. Pollution is on the rise. The air and oceans are highly polluted by the presence of plastics, acids, chemicals, greenhouse gases and other elements. There are changes in the sea temperature due to El Nino and La Nina factors that cause adverse climatic conditions. 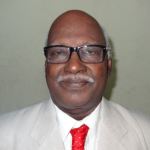 Mr. D. Raveendranathan, IFS., (Retd), a postgraduate in Sociology, enrolled for training in the Southern Forest Rangers’ College at Coimbatore in 1970.

In 1972, he was posted as Forest Range Officer in Tamil Nadu. He was promoted as Assistant Conservator of Forests in 1991 and deputed to the Arasu Rubber Corporation as Divisional Manager. He served as Wildlife Warden in the Grizzled Giant Squirrel Sanctuary, Srivilliputtur, Virudunagar District. He then became Deputy Director at Kalakkadu Mundanthurai Tiger Reserve, Ambasamudram, and posted as Regional Manager at Tamil Nadu Forest Plantation Corporation, Villupuram in 1997. He rose to Deputy Conservator of Forests in 1999.

He was conferred IFS vide 2000 panel and posted as District Forest Officer, Tirunelveli, and the year of allotment given in the IFS cadre was 1996. He was awarded Junior Administrative Grade in the IFS in 2005.

Post-retirement in 2007, he began writing books about his thrilling experiences protecting the forests, wildlife and the environment. He has published four books through Notion Press—Green Inspirational Experiences in Forest Services, Western Ghats and the Bounteous Services Showered on the Planet, Himalayas Melting and Peninsula India Wilting, Developments Lead to Pollution and Depletion of Natural Resources.  He is now a Member in the Union of Concerned Scientists, Science for a Healthy Planet and Safer World Cambridge, USA.