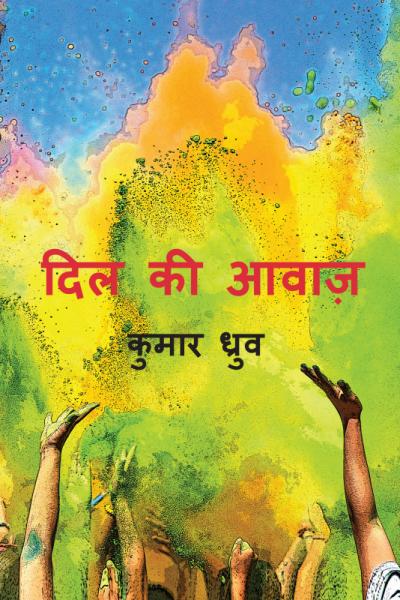 Dil Ki Awaaz is a collection of thirty-five poems, out of which nineteen geets/ghazals are romantic, six are humorous and remaining ten are on politics and current affairs.

Dhruba Mukherjee, pen name Kumar Dhruv, was born in Kolkata, on 31 March 1958. He has been writing poems, geets, ghazals and short stories since childhood. He was born in Kolkata but due to his father’s job, he was brought up at Jabalpur, Madhya Pradesh. After completing his graduation from St. Alousius College, Jabalpur, where he was the college magazine editor, he did a Diploma in Journalism from Jabalpur University.

He is an ex-national Hockey Player and also a magician; he has done many shows in Doordarshan.

This multitalented author has completed a course in Management from BhartiyaVidyaBhavan,Mumbai and also SMEP crash course from IIM Ahmedabad. He is an ex-employee of State Bank Of India and he took VRS in 2001.He is an active worker of Swaraj Andolan with Prof Yogendra Yadav and Prof Anand Kumar. He was also active in the India Against Corruption movement and later campaigned for the AamAadmi Party.

You can email him at natpubindia@rediffmail.com

“ HIT POEMS OF KUMAR DHRUV”, you will find videos of his Poems.