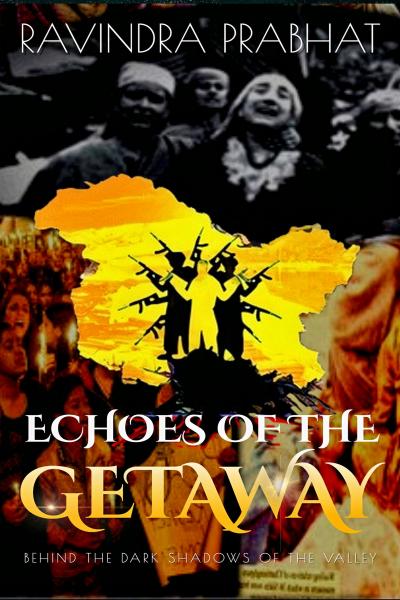 Echoes of the Getaway Behind the dark shadows of the Valley

The Popular Hindi novel “Kashmir 370 Km”. Written by famous  Indian  novelist Ravindra Prabhat & Translated in English by Gautam Roy, which tells the story of Kashmir's social fabric collapsing over time. It also explores the shameful and frightening historical aspects of Kashmir. Tale of elopement of a Kashmiri pundit family from Kashmir and with this entwined the sub plots of deterioration and disintegration of social fabric of Kashmiri society with time, insights of golden and dark chapters of ancient and contemporary political, social and cultural history of the valley, terrorism, conspiracies and evil designs of a foreign state to destabilize the whole region, sufferings of the common citizens and greed for power and money of the unscrupulous, corrupt leaders combinedly form a powerful narrative of the novel titled “Echoes of the Getaway”. 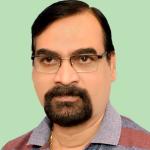 Ravindra Prabhat is a Hindi novelist, journalist, poet, and short story writer from India. He has worked as an editor and screen play writer. He was born  in the village of Mahindwara, Sitamarhi, India. He raised and received primary education there. He obtained higher education in geography honours from B. R. Ambedkar Bihar University in Muzaffarpur, he later studied Master of Journalism and Mass Communication (MJMC) from the Uttar Pradesh Rajarshi Tandon Open University, Allahabad. Some of his works have been translated into other languages and published in various literary magazines and anthologies. He has been writing since 1987 in various subjects. He is also chief editor of Parikalpana Samay (Hindi Monthly Magazine). He is a realistic poet, often writing about social topics and human suffering. His work often touches on human suffering and social issues. He has written and edited works on Hindi blogging, and has also published his writing in the form of a blog. He started blogging in 2007, and has published fiction as well as reviews of other blogs. He is a founding member of the Parikalpna Award, a blog literary award in India. It is presented by the magazine Parikalpana Samay and the Non-governmental organization Parikalpnaa. The first Parikalpna Award was presented on 30 April 2011.