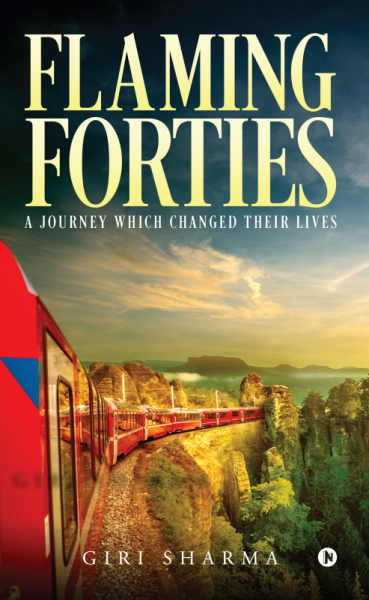 Flaming Forties A Journey Which Changed Their Lives

The owners of the three phones have not met each other before, but the sender of the WhatsApp message to each of them is the same person!!

The three phones belong to Rohini, Shimoli & Vaidehi, wives of three friends- Dev , Rajiv and Amol respectively, who along with their fourth friend Vishesh, have gone for an outing to Manali & Shimla and are on their way back to Mumbai.

The message instantly brings a smile to each of the three ladies, as they are about to leave for Chhatrapati Shivaji Airport at Mumbai to receive their respective husbands.

This story is about the trip made by the four friends who met after 28 years and decided to go on a "re union" trip together. Four friends who are now in their forties, were together in high school and during graduation in Pune.

Each had a life- story to tell.

How did this trip change their lives?

How did the turn of events make each of the four friends share their burning flame which they had within themselves?

What sort of a "growing up" trip this was, for all of them?

Giri Sharma is a working professional in Marketing, and has "lived" on Hindi movies as his passion for life.

His wife Bindu Sharma discovered his affinity towards writing, when she read his lucid letters in their courtship and inspired him to write.

The inspiration triggered him to start writing stories, poems and also a fair take on movies, 17 years post their marriage!