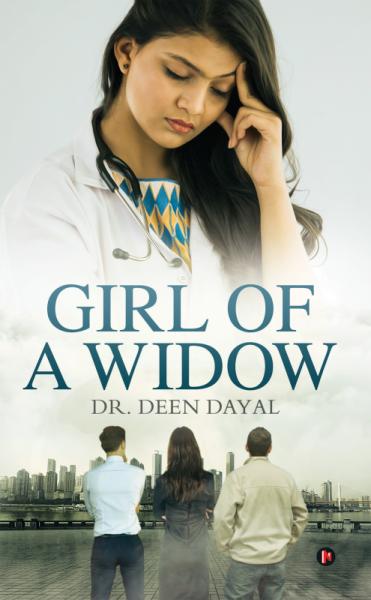 Girl of a Widow

Yashoda believes that the life of a widow is the most pitiable as she is considered an object of hatred that hampers her own progress and the progress of her whole family. There is no place where she can seek her existence, identity and pour out her grief. Widows are considered no longer fit to perform any pious and auspicious activities as society is under falsely prevailing dogmas, beliefs and superstitions.

Prabha believes that instead of neglecting the widows, they need sympathy, acceptability and join hands of the people in every walk of life.

Ritu feels great agony when listening to the taunts and comments of the neighbouring women on the widows. She overcomes the adverse situation by shifting from India to Chicago (America) to practise as a general physician. There, she seeks love and gets wounded in two consecutive volatile marriages: one with Sandeep, of Indian origin, and the other with Dr. Johnson, an American. The later one’s failure causes her grandmother’s heart attack, and she returns to India with her mother for her last cremation rites.

The novel follows the powerful journey of the three and the challenges they face.

Dr. Deen Dayal, Senior Asst. Prof. of English in Govt. P.G. College, Mant, Mathura, Uttar Pradesh (India) is an emerging bilingual novelist, playwright and feminist writer. He has fourteen years of teaching experience at different levels. His ten plays depicting various burning social issues have been staged. His novel, My Wheatish Complexion on complexion-based disparity has got immense popularity. He is the chief editor of a college magazine and programme officer of the NSS Unit. He also has a number of articles and chapters published in international journals, magazines and books to his credit. He has got much appreciation and several awards for his socio-literary and cultural works. He has also co-authored Grammar books for secondary level schools.