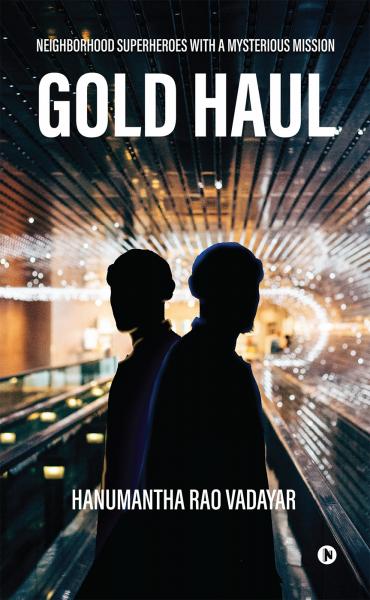 The president of a prosperous country is faced with a financial problem to implement its welfare schemes. A young man is brought up strangely by wild animals and holds the country's economy at stake. Currency is based on gold reserves. The young man by chance finds Gold Haul in the form of threads woven by a special type of bird that only could be found in this forest.

He is granted extra muscle and mind power by a sage. He cannot be defeated by any means. The collected gold is stocked at secret places, operated with a meditating password stored in his brain only, leaves no clue anywhere. Thought waves travel to the target facilitating operation.

He lives in the forest and shows up as a businessman in the city; sells gold at cheaper rates. People are attracted to this, withdraw all deposits to invest in gold as they feel it helps them at times in need.

The government does not have money to build gold reserves; gold mines are depleting. So, it makes friendly, diplomatic even military approaches with the young man but fails. When the young man faces the president, he throws a challenge to the government to take out passwords when he would surrender everything in favour of the government.

Accepting the challenge, the president orders a search for a person who could help. Finally, a person is found in India who knows the art of entering others' bodies (PARAKAYAPRAVESHA).

Will he help? To know the answers, please go through the story from start to end. 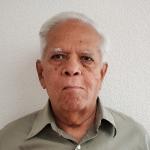 Hanumantha Rao Vadayar, spent over 80 years in India and presently lives in Sunnyvale, California, USA with his family.

Hailing from a farming family, Vadayar was a keen observer of agricultural activities. Of particular interest to him was sericulture.  A tiny worm less than the size of a mustard seed develops into the length and thickness of a cigarette in few days by feeding on mulberry leaves. Soon it starts to bring out a thread which is thinner than man's hair and weaves a shell around itself. Within days the worm is enveloped in a small ball full of silk threads - a cocoon. Traders in the silk profession extract silk by boiling these cocoons in hot water. Thus the cocoon sacrifices its life (a great sacrifice) for the benefit of society, and glamorous silk clothes come into market.

Vadayar, taking a clue from this, created his own species of imaginary golden birds and placed them in a forest to feed on a leaf known only to them, which they convert into gold threads. From these threads, Vadayar has woven the tale placed before you. Enjoy the story.