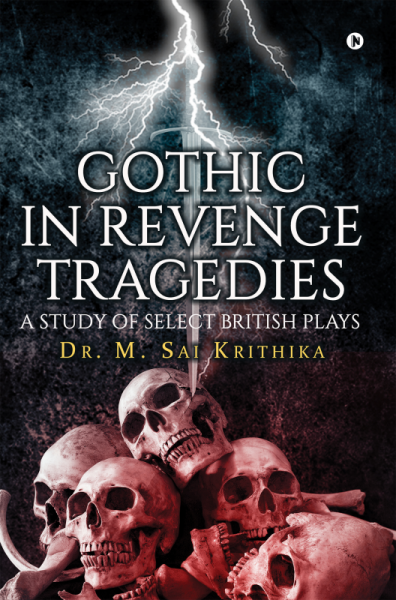 Gothic in Revenge Tragedies A Study of Select British Plays

The word Gothic has connotations of violence and grotesqueness. The popular Gothic elements are blood and gore, unnatural and supernatural occurrences, eerie passages, mystery, haunted castles, ghosts, perambulating skeletons, numerous death in a gory manner, Byronic love, passion and revenge. As Virginia Woolf rightly calls them, they are “the strange human need for feeling afraid.” It is the Hyde in every Jekyll that makes one take to the gothic. The British Revenge Tragedies, embedded with these elements, serve as forerunner of the gothic genre.

In The Jew of Malta, we find the barbaric, scheming Machiavellian Barabas that plots the evil actions in the play that leads to mass graves and, eventually, himself being burned alive in a cauldron.

In The Spanish Tragedy, Andrea’s ghost and Revenge; discovery of the mangled body of Horatio and the blood-stained handkerchief; letter written with blood and Hieronimo cutting out his tongue are the major Gothic elements.

In Hamlet, the ghost of Hamlet’s father; the violent stabbing of Polonius; the grave digger’s eulogizing death and the introduction of Yorick’s skull never fail in creating chills down the spine of any reader.

Ian Jack observes on Webster’s plays that The White Devil and The Duchess of Malfi, have no other purpose other than making the audience’s ‘flesh creep.’

Thus, gothic as a genre, has been strongly haunting literature and would still continue to haunt, not only literature but also life.

Dr. M. Sai Krithika’s deep interest in gothic studies led her to specialize on the topic and obtain a doctoral degree in English literature. Her earlier research, the gothic in the novels of Bronte sisters, The Wuthering Heights and Jane Eyre, led her to delve further into this topic.

She currently lives in Bangalore and pursues an academic career. Her interest in academe has been kindled by her aunt Dr.Indhu Rajagopal, Professor, York University, Toronto, Canada.