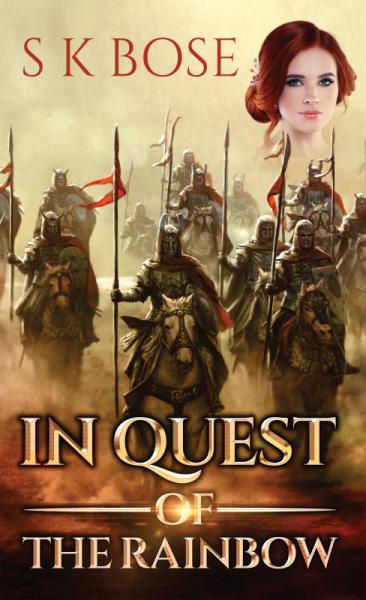 In Quest of the Rainbow

The year is 1813. From the turbulence of Europe, ravaged by Napoleon’s rampaging armies, to the seething cauldron of India, comes a lad, Joseph McLeod, twenty years of age, newly recruited in the East India Company’s Bengal Army.

While still in London, he comes across an exotically beautiful girl, Isabella Hamilton, the scion of a well-known aristocratic family, and is attracted to her.

Later, two attempts are made on her life, in one of which, her parents are fatally wounded. On his deathbed, her father reveals a shocking secret from Isabella’s past concerning her parentage and a valuable estate in India.

Later, while rummaging through the attic of her house, among her childhood bric-a-brac, she comes across an ivory piece with a silver chain, which she takes to be an amulet. But is it really an amulet? Or is it some device that is beyond the conception of western science, a thing so devastatingly powerful that it boggles the mind?

Who are the people after her life? And why do they want her dead?

The answers to these questions could only be found in India. And on those answers, and their subsequent follow-up, depends her future, fortune, and her life.

S K Bose was a practicing advocate in the Madras High Court for 14 years. However, he always had a love for history and of times past, and a penchant for script writing. In later life, he worked in several Hindi and Tamil language films as an assistant director/ associate director/ producer, where he helped in the scripting of the films.

The ides of In Quest of the Rainbow developed slowly from a research that he had been doing on the 18th century sailing ships and the tremendous hardships that Europeans faced in making that five-month voyage to India in vessels that, in today’s world, would seem fragile and uncertain.

Also, Bose was fascinated by those times when cities had no electricity, no modern gadgets. Men travelled on horses, palanquins or on foot. Three-fourths of the country was coated in dense forests. At every roadside camp at night, the howling of the jackal packs and the roar of a passing tiger were normal sounds. That was India, wonderfully beautiful, as well as ominously dangerous during those times gone by. S. K Bose has captured the essence of this in his debut work of historical fiction.