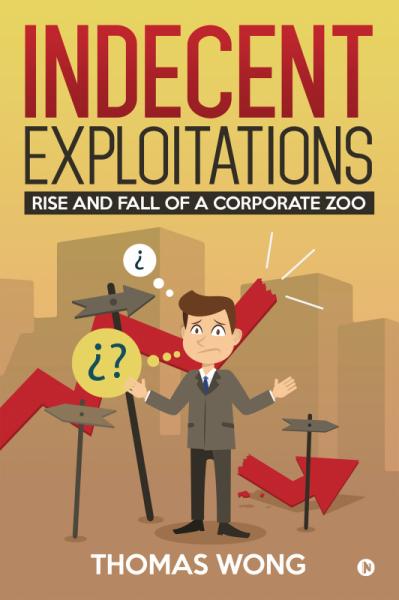 Indecent Exploitations Rise and Fall of a Corporate Zoo

Samuel, Chairman of Samuel Maritime Group (SMG) owed the meteoric rise of his business empire on the indiscreet patronage of certain US Navy big-wigs. He was provided with proprietary information on US Navy ship maneuvers and ports of call in Asia. The US Navy was apparently fleeced at the ports where Samuel had control. The few US Navy Commanders closed both eyes to Samuel’s exorbitant charges for husbanding services rendered and not rendered. In return, Samuel heaped his lackeys with lavish benefits, both in cash and kind. These corrupted officials also facilitated Samuel’s continued success in securing 5-year husbanding contracts for most of Asia.

The Chairman aka Boss was blinded by his business success and threw caution to the wind. He bought worthless vessels, assets and equipment which sat idle in the Yard. He made questionable and unfeasible forays into costly projects in his quest to expand his capability to support foreign navy ship visits. His harem of concubines, both local and overseas, provided the organismic aura that drove his manly ego and ripped his pockets incessantly. His own brother, Julian stole millions of dollars from him over different occasions. Adding to his miseries, his young wife disappeared with his money. When a new untainted team of US Navy officials started to investigate the humungous sum that the Navy was paying for SMG services, what do you envisage to be the fate of Samuel?

Thomas Wong holds a doctorate degree in Human Resource Management from an American University. He was hired as a senior executive for Corporate Affairs; and in essence one of the top managers at Samuel Maritime Group (SMG). He was responsible for overseeing all facets of the support functions, including, HR, Finance, the Yard, Purchasing, Marketing, Security & Safety and Maintenance, All the activities of the company’s overseas subsidiaries at Malaysia, Hong Kong, Indonesia, Thailand, Philippines, Japan, Korea, India, Sri Lanka and Vietnam subsequently came under his charge. Over five years, the headcount of SMG grew from 30 to 500 employees in tandem with the business growth.

Except for operational matters which were closely guarded by Samuel and his three trusted lieutenants, Thomas was instrumental in bringing structure and synergy to the organization. He was privy and involved in all activities of SMG, including Samuel’s personal affairs. He was Samuel’s ghost writer and front man for his many pet projects, high-value asset and vessel purchases and establishment of subsidiaries in Asia. Thomas was privy to Samuel's clandestine meetings and sexual romps with his female business partners; and hired foreign employees who subsequently became his flesh toys and concubines.