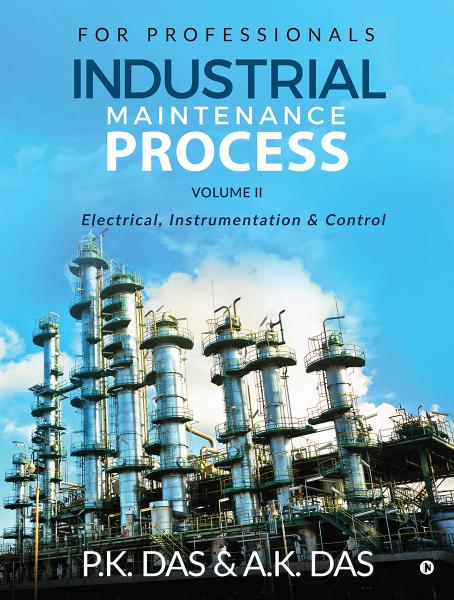 To have a link between the institutional knowledge and industrial practices most related theories and relations have been added which would facilitate the fresh engineers to grab the maintenance philosophy. Some National & International standards have been referred which are commonly followed to maintain the global maintenance standard.

The knowledge gained by going through this book would help the readers in solving the elementary and the difficult problems faced while working in the industries.

This book is written on the basis of “Hand on Experience, Standard Maintenance Processes & Original Equipment Manufacturer’s (OEM’s) Instruction” and in depth knowledge gained by the authors while working in this field.

The maintenance processes have been explained in a lucid language using maximum related figures for easy understanding of all categories of professionals.

Mr. P.K. Das acquired vast experience and profound knowledge in Chemical Process Plant and Power Plants for over 17 years in Government sectors and 23 years in private sector. During such long career he has gained experience in Project Execution, Commissioning, Operation & Maintenance of Process Plants and Power plants.

He has prepared O&M manual for steam turbine of Skoda Make and developed extensive SOP & SMP of power and other industries which are in use in power industries. Presently he is the Head of O&M in Ayoki Fabricon Pvt. Ltd to look after Operation & Maintenance business which is spreaded globally and he has also authored the book, “An Introduction To Thermal Power Plant Engineering &Operation”.

Dr. A.K. Das is a Professor at Maulana Abul Kalam Azad University of Technology (Formerly West Bengal University of Technology), West Bengal. Before joining the University, he was the Registrar at MCKV Institute of Engineering, Howrah (WB), Professor & Dean (Academic & Planning) at Durgapur Institute of Advanced Technology and Management, Durgapur, WB for more than 10 years. Prior joining in Academic Institutes, he was associated in various Multinational and Government Organizations in different Managerial positions for more than 24 years.

He has published many research papers in International and National journals. He is the research guide for PhD students in NIT, Durgapur and Calcutta University, WB. He is a consultant of Fly ash Utilization and Management.

A member of various professional societies such as the Institution of Engineers (India), Indian Institute of Chemical Engineers (IIChE) and Coal Ash Institute of India, Dr. Das is a Chartered Engineer and authored a book on ‘An Introduction to Thermal Power Plant Engineering and Operation’.