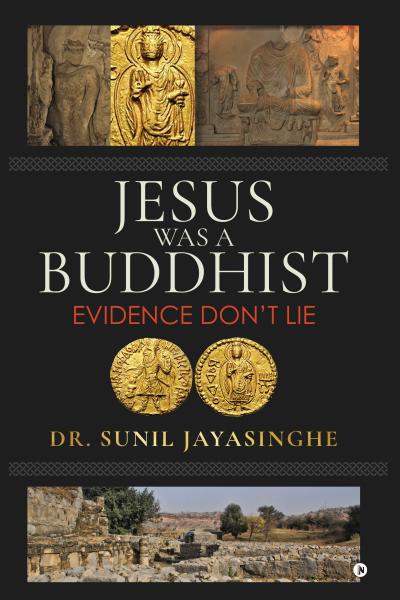 Research finds that Jesus taught ‘The Dependent on Arising’, a core Buddhist teaching, to Mary Magdalene as found in the Gospel according to Mary.

Research also finds ‘The Apocalypse of Peter’, discovered around 1886–87 in Akhmim, Upper Egypt, refers to Jesus’s presence in India with Peter at the 13th Edict of Emperor Asoka. Also, by analysing the New Testament, I found Jesus to have used aphorisms taught by Buddha in his discourses/teachings.

Sunil Jayasinghe is well-known for his candid thoughts in presenting his research findings, whether it is about Buddhism, Christianity or Islam. His famously known motto is “My value is my credibility”, which has earned him indisputable recognition as a scholar whose research is woven with the delicate fabrics of evidence; this made him stand out among the elites.

In conducting his field research on the hidden life of Jesus, he traveled to many countries, often combing through many ancient archeological sites and studying ancient texts for evidence. Risking his life, he still conducted these studies. The drive that added a passion for seeking out the truth overwhelmed him.

He has impressive experience in his educational background, from being an adjunct professor in Manitoba to a senior civil and structural engineer for Syncrude Canada in Alberta. In 1983, he was appointed as a technical diplomat to Nepal by the Canadian International Development Agency to consult on the construction of two schools in Birendranagar and trace a route to Jumla in the Himalayas via Dailekh.

Jesus was a Buddhist is a result of many years of research, giving the reader the most world-shattering message of our time.