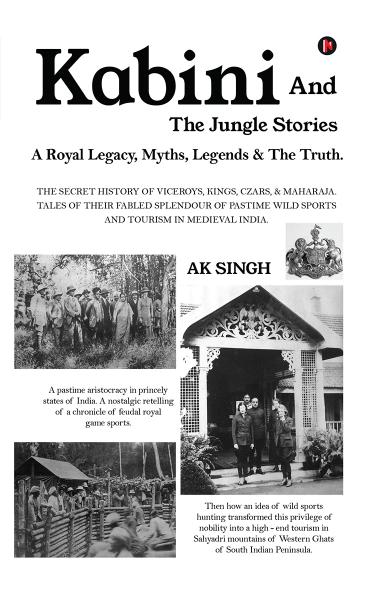 Kabini And The Jungle Stories A Royal Legacy, Myths, Legends & The Truth.

At the turn of the 19th century in India, more than a million wild animals were trounced under the barrel of the gun, bringing them almost to the brink of extinction. The book charts the key moments in the fight to conserve the natural wealth of India, which has been the centre of admiration for maharajas, the cynosure of the eyes of all royal princes, eminent military officials and those who set on foot to India during the medieval period, embarking on a journey of incredible stories of wildlife sports such as hunting and shooting.

The chronicle gives a fascinating picture of the success story of eco-tourism in Karnataka. It offers an atmospheric and entertaining account of the lives of Indian princes, early lifestyles of viceroys, kings, czars and sovereign monarchs with joyful hunting expeditions of emperors, maharajas and enjoyable sports of diplomats and bloodhound hunters, the British civil servants. In a most vivid and gripping style, the saga records the life of men a man who lived in the wilderness amidst tribes and aborigines and made them friends, which spread the message of the benevolence of human relationships, love and a deep affection for nature and natural resources. It is a captivating book packed with splendid quotes, entertaining anecdotes, chronicles of pre-independent, innovative, triumphant trials of Khedda operations in the princely states of Mysore and Hyderabad, absorbing tales of the wildlife of India and her natural splendours across the cultural diversity of various tribes, ethnicities and their virtues, beliefs and ethos. 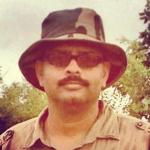 AK Singh, a member of the Indian Forest Service, had been working extensively in South India with the governments in association with local governing councils and bodies of self-governance, not only in the deep rural hinterland of Karnataka but also on the borders of Tamil Nadu, Kerala, Maharashtra and Andhra Pradesh.  He is an engineer in sustainable environment development with 29 years of professional experience in the administration of the government in the Ministry of Forests, Environment and Climate Change, Ministry of Tourism, Ministry of Social Welfare, Working Plan Divisions, Tribal Welfare and many Environmental and Development Corporations in the Government of Karnataka. He has been a government executive in biodiversity conservation and environment clearance projects; tiger ecology, ecosystem functioning and landscape configuration in and around national park projects and the planning and development of wildlife sanctuaries, conservation and community reserves in and around protected areas.

He was awarded for credit financing entrepreneurship, survey and settlement of lands, soil survey and land-use planning, human-wildlife conflicts and mitigation planning, remote sensing and GIS mapping of larger landscapes. He is a practising IT and ICT technocrat of geospatial technology and total quality management with expertise in business administration and specialization in project development and financial management, HRD, marketing and operations research. He was also awarded the Oscar International Prize for Social and Cultural Revolution and had been accredited with environmental auditing and wildlife conservation.