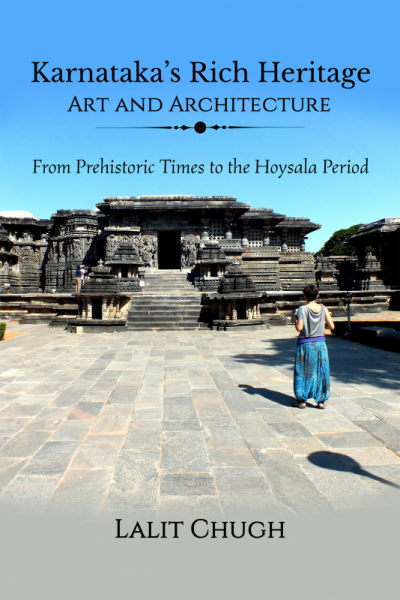 You may have a lot of questions about the art and architecture of Karnataka. There may be queries about the various heritage touring circuits. You might like to understand what went into designing, planning and constructing monuments over a thousand year ago. You may still wish to know how art and architecture progressed during the ancient and medieval times in Karnataka. This book attempts to answer a lot of these questions, for example:

1.What is the name of the first established Village in South India and where is it located?

2.Where did the earliest gold miners live in Karnataka?

3.Which was the first Agrahara established in Karnataka?

4.Which is the first existing temple dedicated to Siva in Karnataka?

5.Which is the first existing temple dedicated to Krishna in Karnataka?

6.What roles did temples have other than being the places of worship?

7.Which is the first temple dedicated to Rama in Karnataka?

8.What was Karnataka referred to as in the Puranic times?

9.Which is the first existing temple dedicated to Shakti in Karnataka?

10.How old is the Kannada language?

Lalit Chugh completed his post-graduation in Physics from University of Delhi. He joined State Bank of India as an officer in 1975. After sixteen years with the Bank, he went into the corporate sector in top management positions. When India started looking at augmenting infrastructural facilities, he ventured into infrastructure project development and implementation consulting. During his consulting career spanning over fifteen years, he has been on assignments from the World Bank, Asian Development Bank and other multilateral agencies. He has advised several State Governments in India besides numerous Central Government agencies. He has advised governments abroad in the fields of governance and institutional strengthening. Since the beginning of year 2011, he has been working on heritage preservation issues and this book forms part of these activities. He is also working on a book on the Hindu iconography as revealed in Karnataka’s temples.