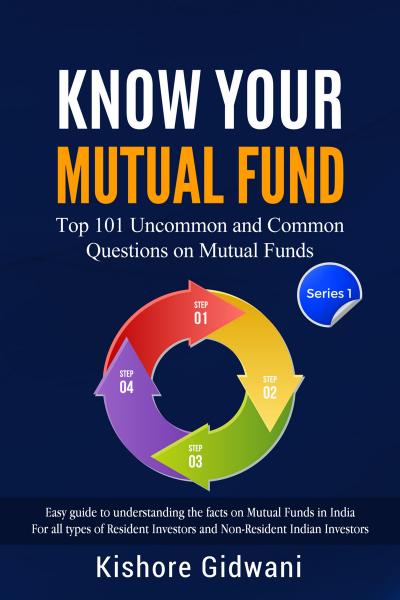 “When I was young, I used to think that money was the most important thing in life; now that I am old, I know it is.” —  Oscar Wilde

Mutual Funds have and are still becoming an especially important asset class to invest in for substantial number of investors, big and small, day by day. India has brought the SACHET-MOMENT in Mutual Funds with systematic investment plan (SIP) becoming the preferred way of investing in Mutual Funds, bit by bit, financial goals looking easier and achievable.

How is this book different? Well, this book dwells on many aspects. It is in a question-and-answer format, to make it more like a conversation with the author. This book attempts to cover many uncommon and common questions on Mutual Funds in India. It covers questions on:

◆Types of Mutual Fund schemes both in equity and debt.

◆Systematic transfer plan with unique tips for perpetual continuity of the plan.

◆Non-resident investors' formalities for investment in Mutual Funds in India.

Many more interesting aspects are covered, and some of them might be the burning questions in your mind.

Kishore Gidwani has worked in the Indian Mutual Fund Industry for three decades. He began his career in 1990 with Unit Trust of India, which later became UTI Mutual Fund and after a 14-year stint with it, he joined HDFC Mutual Fund in 2004 for a good 15 years again. Investment has been a subject of immense interest for him.

The Systematic Investment Plan (SIP) way of investing was not prevalent in the 1990s. But he used to do it manually every month by purchasing units every month from his savings with a view to average the cost of his investment in the equity-oriented Mutual Fund scheme. The same SIP concept is undergoing a SACHET-MOMENT with people encouraged to do SIP for an amount of their choice, and as small as Rs 500. It has become as big as the Mutual Fund industry itself, thanks to its ever-growing popularity and an affordable means to create wealth, bit by bit.

He feels fortunate to be a part of an industry which is making people richer and happier, albeit, in consistent manner. He considers himself to be a long-term happy investor and wants many to be so. He has expressed his thoughts and learnings in this book.

He is based at Vadodara, Gujarat, India and on the way to joining the entrepreneurship bandwagon in the world of investments. He is addicted to fitness, jogs for 300 kilometers in a year and does jump rope of more than 150000 in a year. He does it systematically with jogging of one kilometer and 500 jump rope counts per day, again the belief of SIP (Systematic Investment Plan) reflecting here.

He likes to read, has a good ear for many genres of music, and is an all-languages movie buff though he can speak Sindhi, Tamil, Gujarati, Hindi and English. He grades himself an audiophile in the world of music and has a view that post digitization, people are adding more music to their playlist and giving lesser time listening to it. To discover new music, stream the music in the good old radio-way than to the pick and choose it on the apps, he affirms. He writes google movie reviews now and then.

He will be glad to be reached at kishorepgidwani@gmail.com