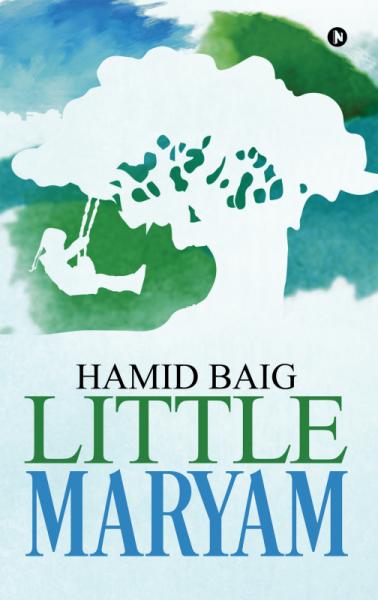 “A triumphant debut novel, Hamid Baig’s Little Maryam tells a tale of redemption and sacrifice, of loss and love, of life and death. Thoroughly enjoyable and achingly sad, Little Maryam is a novel not soon to be forgotten.”

During the course of an international flight, Saadiq Haider, a renowned gene therapist, is transported not only back to the country that he left behind 20 years ago, but also back to a past that has never ceased to haunt him. A past filled with pain and love lost. A past that refuses to be suppressed by alcohol and drugs; memories of lost love that can’t be forgotten by the charms of other women.

Saadiq travels back in time—to the rice fields of northern India, to the boughs of an ancient banyan, to the cool and calming winds of the valley where he grew up—a time when he could trust people. A time where every second, every minute, every hour, was Maryam’s.

Maryam Dawood, a little girl who was scared of monsters, a girl who asked too many questions, a girl Saadiq was born to protect. A girl with whom he shared his first kiss; Saadiq’s first and only love. The girl who was forcefully taken away from him.

Hamid runs a successful market research company, providing customer insights to some of biggest names in the industry. He is a voracious reader and has been one for as long as he can remember. He started penning short stories at a very young age, but never thought of writing a full length novel until the idea for Little Maryam popped into his head. He writes as fast as he reads, which is sometimes just a little too fast.

Apart from enjoying good books, Hamid is passionate about travel and food. He is sometimes called “the culture connoisseur” by his friends because he loves having long conversations about different cuisines, exotic travel locations, and of course, books.

Hamid lives in New Delhi with his wife and two wonderful kids.