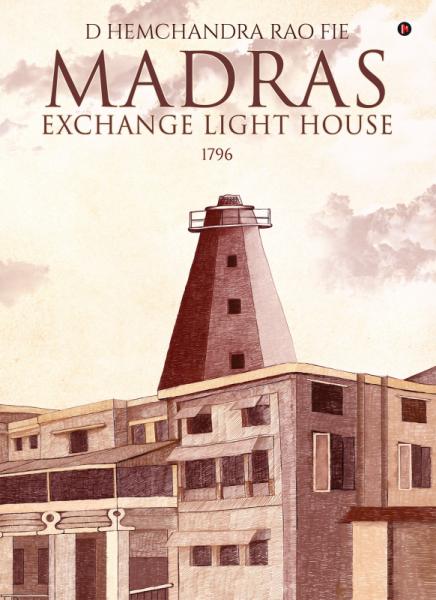 Madras Exchange Light House is a result of extensive research on the lighthouses of Madras. The data was gathered from the Tamil Nadu archives over a period of eight years; it gives insight into how the “system” worked then. The book will benefit those who wish to do further research on this subject. This work does not claim to be exhaustive. Overall, it is a delightful read for both youngsters and serious ‘subject’ lovers.

The author, Hemachandra Rao, born in Ernakulam, Kochi, in 1939, settled down in Madras since 1941. He obtained his early education and undergraduation in Madras and pursued civil engineering at the Birla Institute of Technology, Ranchi. He is a Fellow of the Institute of Engineers.

At a young age, he got interested in stamp collecting and started specializing in stamps with ships and later in lighthouses as well.

His early professional life saw him serving in two famous firms – Gannon Dunkley & co and M/S Tarapore of Madras. From 1984, he worked in construction as a consultant architect.

He is presently on a trip visiting all the lighthouses of India. He has so far visited lighthouses from Ganga Sagar [West Bengal] to Goa, and from Koteeswar to Bhavnagar [Gujarat].