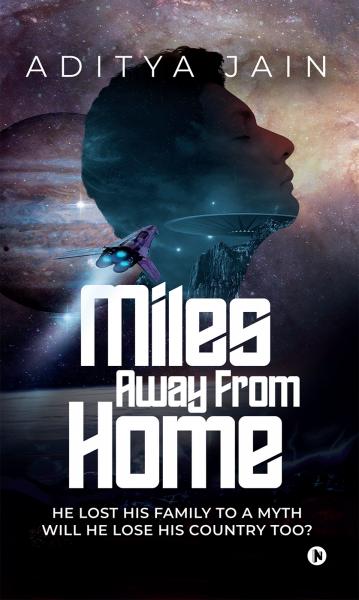 Miles Away From Home He lost his family to a myth. Will he lose his country too?

In a world post ‘The Great War’ fought against aliens around 100 years from now, Captain Miles was happy and content with his drone command unit at the Amerope Police Department headquarters. A job he loved and made himself available on a call’s notice for the department. He was content with his life—with his team, with Angela, the love of his life, and his cute little son’s smile by his side—not knowing he would be sent on a secret mission full of betrayals and tribulations.

He was left alone to trust his conscience with a pledge to continue serving his country, not knowing whom to trust anymore. He must unearth a conspiracy threatening the existence of this world and, most notably, the safety of his own family.

The story of Captain Miles is a teenage sci-fi thriller filled with action, love, emotions, family values, conflicts, inventions, and so much more to take you to a world so different yet so similar to today’s world. 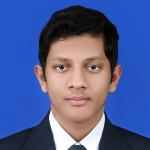 Aditya Jain is a talented young boy of Indian origin born in Qatar. He is studying in 9th grade at Delhi Public School, Doha, Qatar.

Aditya has always been an all-rounder, achieving excellence in academics and extra-curricular activities. He has always held the scholar badge in his school. He was the Head Boy of the Student Council Junior wing of his school in 2016-2017. He has won many debate competitions while representing his school in many inter-school debates. He also has a wealth of experience from attending many Model United Nations conferences as a delegate and the committee chair. He is also a regular participant and winner of many quiz competitions.

He is a sports enthusiast and has won many medals while representing his school in inter-school tennis tournaments over the past years. Apart from tennis, he also enjoys playing Cricket, Badminton and Chess. He has also tried his hands at Golf and Football. He is a member of the Indian Gavels Toastmasters Club and won many speech contests, most notably the Table Topic speech championship in the year 2018. Apart from sports and academics, he also loves to play the keyboard, watch sci-fi movies and read fictional novels in his free time.

He lives in Doha, Qatar with his father, Girish Jain, who works for a Volkswagen Group Company as Chief Financial Officer; his mother, Nisha Jain, a finance professional and currently a homemaker; and his sister, Anushka, a medical student in the UK.