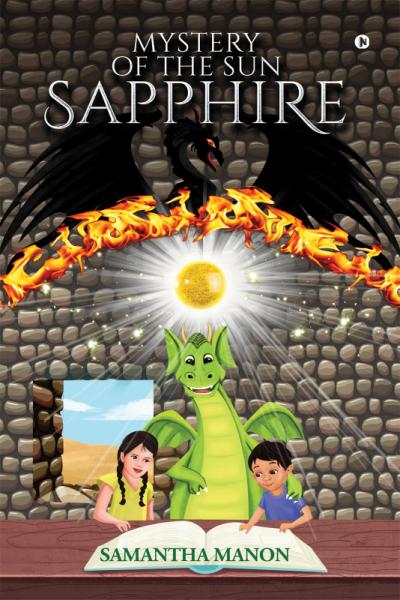 Mystery of the Sun Sapphire

When Speare Morgan unexpectedly arrives outside Irwan’s bedroom window, he is mistaken for a dinosaur, which leaves him feeling insulted and Irwan confused. After all, a dragon from the moon, summoned by the mystical music of the wishing box was unheard-of. Yet, although worlds apart, they shared a common wish; that for a best friend.

Overnight their lives change, but the fun filled days are suddenly disrupted when Speare Morgan hears the music of the wishing box coming from a distant land. More unsettling is the message carried by the mystical music, ‘help me please.’ Someone was in trouble and together they set out to investigate.

The music leads them to the City of Azra. To win his daughter’s freedom, Mubarak, the court’s musician, had finally succeeded in recreating the mystical music as ordered by the sultan. In search of the Sun Sapphire, the sultan now demands that Speare Morgan bring him this mysterious stone. Legend has it that only the dragons can possess this stone which resides in the Kingdom of Flames. Should they fail to return by the rising of the full moon, Mubarak shall pay with his life.

But where is the Kingdom of Flames? How do they get there? Above all, does the Sun Sapphire really exist or is it a mere legend?

As they race against time in search of clues, they are drawn closer to unimaginable danger. Here, in the dark valleys surrounding Suria Tower, a hidden enemy awaits ……. 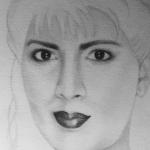 Samantha Manon was born on Dec 12th, in the state of Negeri Sembilan, Malaysia. She studied in Convent HIJ, primary and secondary school in Seremban and later did her ‘A’ Levels. The inspiration behind the settings in this book, Mystery of the Sun Sapphire, came from her childhood memories of growing up in Seremban during the 70’s and 80’s. Historical and famous landmarks within Malaysia were also weaved into the plots. Mystery of the Sun Sapphire is the first book in the Speare Morgan adventure series.

She is also the author of two books on cross stitch.

For more details on the Speare Morgan series visit – www.samanthamanon68.wixsite.com/spearemorgan