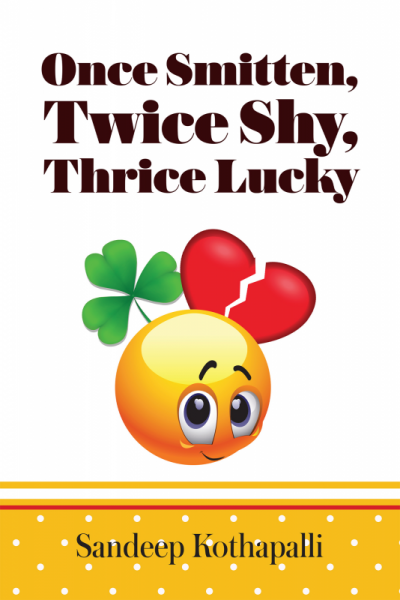 A narrative that spans 16 years and four cities, Varun takes a trip down the memory lane and opens up his world to you, describing the intricacies of shouldering the burden of expectations his family has on him and yet coming up triumphant, the importance of having a friend’s shoulder to cry on when you are down and out and the perks of being a soldier’s son.

Join the emotional sissy that he calls himself; in his roller coaster ride as he tries to unlock the eternal mystery that is LOVE. In a romantic relationship that has gone kaput, with two women who are as different as chalk and cheese, he finally meets the love of his life.

But do good things come the easy way?

Before that, he has to bear the gut wrenching blows of the henchmen of a local Corporator, physically assault a senior HR leader in his company, almost lose his life in Dharavi and then take on the might of a powerful landlord turned realtor – all though at different stages of his life.

True love is never a one-time event in one’s life. It can hit you in various forms. ‘Once smitten, twice shy, thrice lucky!’ is a story that tells you why Love is a perennial feeling, a mixed bag of myriad emotions no one can ever describe in the true sense.

Born in a small town near Warangal in Andhra Pradesh, Sandeep Kothapalli spent most of his growing years in Air Force bases at Bangalore, New Delhi, Chennai & Pune before his family eventually settled for good in Hyderabad. Son of a soldier who served in the Indian Air Force for 20 years before calling it quits, he spent most of his time watching the majestic Sukhoi’s & Jaguars take o­ff for routine sorties and sometimes indulge in breathtaking dog fights. He is an engineer from JNTU Hyderabad and an MBA from IIM Ahmedabad. An avid blogger and a budding photographer, Sandeep currently is working as a Senior Manager in one of India’s top business conglomerates. He blogs at http://www.taureansandy.blogspot.com, http://taureansandy. tumblr.com and tweets with the handle @taureansandy.

‘Once smitten, twice shy, thrice lucky!’ is his first novel. Pursuing writing as a hobby, he has also written quite a few short stories. However with this novel, he intends to be an author who can tell stories that in some way or the other emotionally connect to the reader.