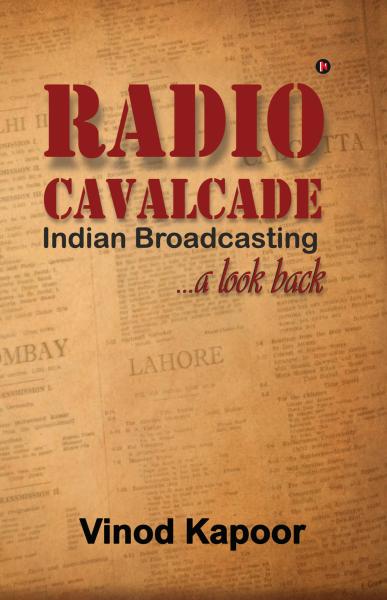 I had the opportunity to work with the author, Vinod Kapoor, at both Doordarshan and All India Radio (AIR).  His writings always carried clarity of opinion. The book is not a history of broadcasting but gently touches the contours of that chequered march of broadcasting though in an interesting manner.

The author has written with flowing interest, subjects like the controversy about language, the way dramas gained prominence, the scene at the AIR during the Mahatma Gandhi assassination and also when the nation attained freedom. There are references to how AIR helped Hindi cinema grow and provide a stream of artists it nurtured. He recapitulates the contributions of some known broadcasters with anecdotal references that shaped the medium.

He has strongly expressed his displeasure on denying functional freedom to the professionals, which Prasar Bharati Act had promised. He has not minced expressions in excoriating the non-professionals take charge, which, in reality, brought the downfall of Public Broadcasting. There are points where he could not restrain his anguish but that went with reason and mood.   Broadcasting is a very vast subject and one cannot cover every aspect of it. Yet, the author has made a valiant attempt.

The author has flair for writing and done some of the chapters with extra zest like his essays titled Zest for Music, Voices That Ring or The Mentors. This reminded me of his research on certain individuals, which showcases the enormity of broadcasting. There is amplified mention of veteran actors Jahanara Kajjan, Achla Sachdev, Om Prakash and film composers, Roshan and Ravi, who represented the entire gamut of artists who scored big later. 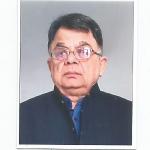 The author has been in public relations, journalism and film writings for over three decades. As a member of the Indian Broadcasting Services (IBS), he worked with Doordarshan in various capacities and finally as a Consultant with AIR. After his academic and professional studies, he was trained at the Film and Television Institute of India, Pune, in TV Production and Management besides doing courses in Journalism, Public Relations and Script Writing. Before he joined the government, he worked with national airlines in public relations, later switched over to writing and directing short films. He continued to contribute to magazines and some tabloids besides producing and directing short films. The stint in Prasar Bharati, mostly with Doordarshan, helped him understand the imperatives of public broadcasting in a growing society. He got enamoured with its ranged delivery and objectives of preserving culture, traditions, folk, information and music, which became topics of interest. With over three hundred articles on various subjects, this is his first book on the subject, which he has observed well.