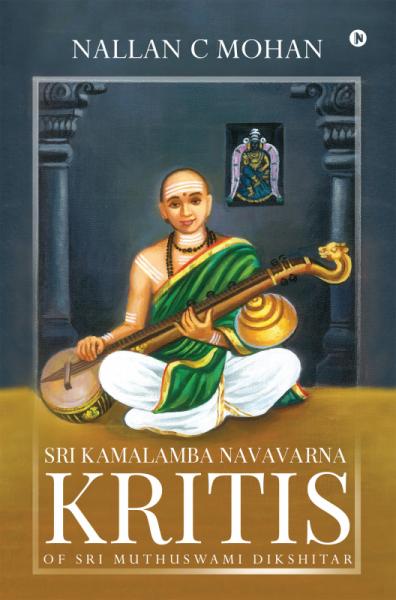 Nava Varna Kritis are a great gift for us all.  The structure of those songs and the ragas selected for each chakra are a beauty. Dikshitar systematically reaches from base to Bindu in each song and explains the greatness of the position of the chakra. The last Mantra Keerthana comprehensively covers all mantras of the chakra. This shows the depth of research and understanding Dikshitar had on the Sri Vidhya Maha Shodasakshari mantra learnt from Sri. Chidambara Swamiji.

So far, there is no clear notation for such difficult songs and a student finds it difficult to learn the song in a proper way. This book brings out the notation to the benefit of music lovers and students. It provides a brief explanation of each sentence of the song for understanding the same.

Muthuswami Dikshitar’s life incidents in paintings, which are the first of its kind, have been presented in this book.

The book has been published in three languages: English, Tamil and Telugu for wide circulation. 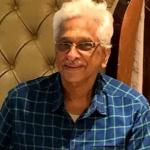 Nallan C Mohan hails from a vainika parampara who are masters of playing veena. His parents, Sri. N.C. Parthasarathy and Smt. N.C. Dwaraka, were principals of the Madras Sangitha Kalasala, Gopalapuram, and wrote many music books in Telugu and Tamil. Their famous book Kanakala Bhodini is still a hot seller among music lovers.

Mohan learnt veena and vocals from his parents and gave concerts along with his father. He has performed in front of many national and state level dignitaries. He has won many music competitions.

Mohan is a mechanical engineering graduate. As a youth, he participated in Madras children programs of AIR and performed veena in many concerts almost on a monthly basis.

In 1975, Doordarshan arranged a program called Marupakkam where they covered his workshop works on PSLV and SITE works as well as his interactive discussions on his project work, followed by his veena recital on TV.

During his school days, Mohan played for movies for many songs in Tamil and Telugu under famous music directors of that time.

He retired as Deputy General Manager of a PSU and Middle East in Oil and Gas Sector. Mohan worked in various countries and has travelled to many countries for work and leisure.

Mohan has uploaded many albums on his channel nallanmohan on YouTube.