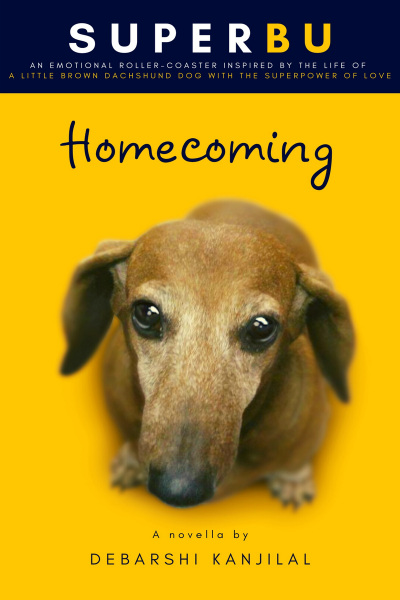 You cried with Hachiko. You got spooked and then laughed it off with Scooby Doo. And you fell in love with John Grogan's incorrigible Marley. And then, there was the dog they called Super Bu.

The Beras are a dysfunctional Indian working-class family and one of the many things they constantly bicker about is whether or not to get a dog.

Ajay has wanted a dog since he was a child. He has fantasized about every version of his future life around them. His brother, Arun, would love to get a dog just as much but doesn't mind not having to clean up after one. Ajit, their father, also wants to get a dog. He just wants to feel the love of a dog again, like he used to when he was a child. Barnali, Ajit's wife, loathes the idea of having a dog running amok in her house. She spent her childhood praying for only one thing, that she shouldn't get married into a family that has dogs. And until now, she got her wish.

But now that Ajay has finally worn out his mother's resilience and decided to bring home a dog, the Bera family must go on an emotional journey to discover what it means to welcome a dog into their family as well as what it means to be a family.

A significant portion of the proceeds from the sale of this book will go toward funding the Buzoland project. The Buzoland project is a personal endeavor of the author to create a home, not a shelter, for stray dogs in India. The goal is to give these homeless dogs the same love and care that one would give a purebred dog.

Debarshi Kanjilal (DK) is an urban fiction writer based out of Bangalore, India. His debut novella, Based on Lies, was touted as a gripping psychological thriller by several reputable reviewers. In 2020, DK returns with his latest novella, SuperBu: Homecoming, an emotional journey of a family and their dog.

Debarshi ran the ‘God of Absurdity’ blog from 2012 to 2015, which published humorous anecdotes and reflection pieces. He is also an accomplished learning experience design professional who has helped shape adult learning strategy for some of the most well-known organizations in the world.