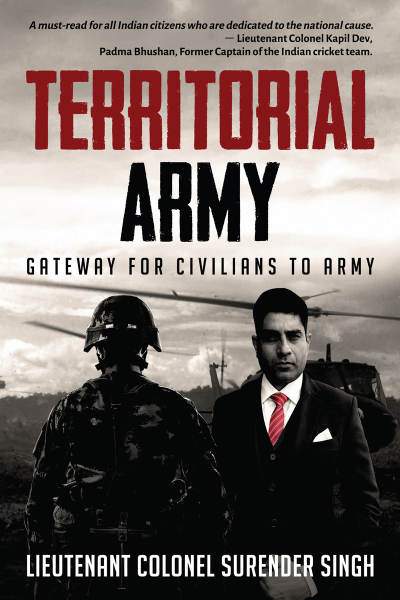 I would encourage every patriotic Indian looking to contribute to the defence of our motherland to read this book to draw their respective course of actions.

In the present global environment, to protect their freedom and territorial integrity, countries need armed forces. To complement such forces, reserves are required. This can be met by the creation of a body of part-time soldiers in the form of a territorial army with short-training spells on weekends and holidays. This body, which is fondly known as the citizens’ army across the world, can be formed out of all able-bodied men and women who are willing to defend their motherland; and in the normal course are engaged in their respective civilian occupations. The officers of this type of army, including those in high staff and leadership positions from the corporate world or otherwise, would principally be citizen-soldiers supported by a limited number of professional soldiers from the regular army. These regular soldiers would comprise the staff and command appointments which require continuity and full-time commitments; and who would also perform permanent technical, administrative and training assignments. Nations which adopt this kind of a military system assume a large and ready defence force of immediate combat value, at a cost to the exchequer, far below that of the more familiar nature of military systems. 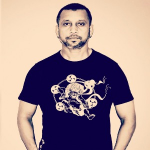 Lieutenant Colonel Surender Singh… a thoroughbred third-generation Indian Army officer with a flair for the pen and [an] ingenious innovative mind.

In his civil profession, he is a filmmaker, writer, poet and musician. He has also been a sports administrator (Race Director) for the Athletics Federation of India and World Athletics (formerly IAAF). He loves adventure flying as a pilot, running, travelling, history and archaeology.

He is based in New Delhi (India) and can be contacted at writersdiary555@gmail.com/ https://thinkomix.blogspot.com.