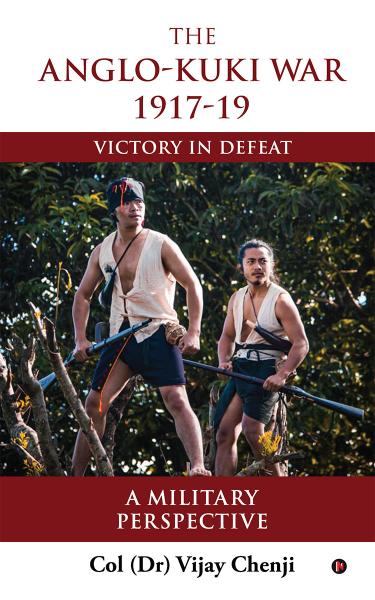 "It is a must read to understand the second largest revolt against British Empire after 1857 September Mutiny. At the very outset, I must compliment Col Vijay for having chosen a subject with an endeavor to bring to national reckoning and uprising which remained in obscurity.”

“Anyone with a sense of history will find reading this short book most rewarding. Compliments on an extraordinarily researched and written in an easy to read style.”

“Compliments to Col Vijay for exploring the little-known world of Kukis and taking us on a journey to their land and community through his book.”

The Anglo-Kuki War of 1917-19 is one of the glorious chapters of history of North-East India in which an unknown tribe challenged the might of the British Army and fought a war that lasted for over two years. Though the Kukis lost the war they fought gallantly to uphold their pride and dignity. It was truly a victory in defeat in a real sense.

Col (Dr) Vijay Chenji is an alumnus of the National Defence Academy, Khadakvasla, Pune. During the Bangladesh war of 1971 he fought action on the Western front. He has served in the North-East, in Ladakh, at Sikkim Heights and in the Rajasthan desert. He was awarded the Chief of Army Staff commendation card for bravery while serving in counter-insurgency operations. He holds a Ph.D degree in addition to a M.Phil and two masters degrees. He is widely travelled and has visited over two dozen countries including the US, UK, prominent and European countries. He has authored a few books and published many researched papers. He is the founder President of INDUS INTERNATIONAL RESEARCH FOUNDATION, an independent Think Tank based in Delhi with one of it directors in the USA. His other interests are music, environment, trekking and study of Sanskrit texts.