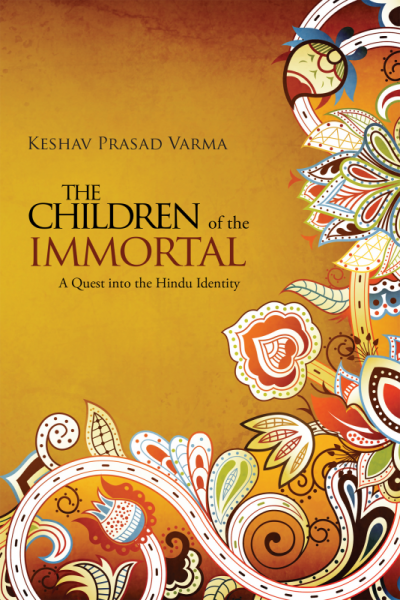 This question mystifies both Hindus and non-Hindus around the world. Many Hindus, having lived in cosmopolitan cities across the globe, have not been brought up in a traditional Hindu society and are often at a loss to comprehend and describe their own identity. Their claim to being Hindu rests solely on their birth in a Hindu household.

Western society also finds that Hinduism, with its countless gods, rituals and beliefs, does not fit its concept of an organised religion. In popular view, Hinduism may just be ‘a way of life’ and consequently the Hindu identity is perceived to be vague and non-uniform.

Which of their many ancient books do the Hindus follow? How do they choose which gods to worship? What does karma actually mean? These questions are natural. The Hindu identity is complex, and bears the social, philosophical and religious influences of a long past. However, it continues to be well-defined. This book explains how it is so, and shows how the Hindu identity remains relevant in contemporary times and the global context.

The varied elements that have shaped the Hindu identity are explored in the book. It demystifies ancient Hindu scriptures such as the Vedas and the Manusmriti, and provides engaging summaries of the Mahabharata and the Ramayana. It tracks the influence of philosophies such as Vedanta, Tantra and Yoga, as well as the effect of exposure to Western thought. It also discusses contemporary issues such as the status of women, religious pluralism and the caste system today.

The anecdotal style of narration makes subtle and complex topics easily comprehensible to all ages. Anyone who seeks an explanation of the Hindu identity, regardless of belief or age, will enjoy reading this book and will benefit from its contents.

Keshav Prasad Varma, born 1939, grew up in Muzaffarpur, Bihar. He studied Civil Engineering, and after a brief stint in teaching, worked for the Government of India for the rest of his career, retiring as Additional Member, Railway Board.

Hinduism has been an abiding interest throughout his life, and his studies span ancient Sanskrit texts to contemporary works of Western scholars. He has had wide exposure to diverse Hindu traditions, rituals and practices, many of which he directly participated in or witnessed from close quarters. Children of the Immortal is his first book to be published.