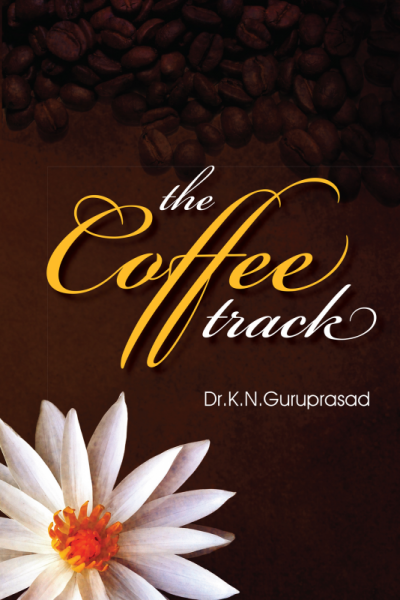 This novel The Coffee Track is based on the researches into the authors own ‘roots’, based on a few leads that extended back about 150 years. This novel was first published by Strategic Book Publishing and Rights Co., USA and this is the re-edited Indian edition.

The narrative is about an orthodox Brahmin family that originated from a place where coffee is grown on mountain slopes. Although deeply rooted in tradition and Vedic culture, this family is swept by the historical and social changes that were inevitable with the passage of time. The old traditions undergo modifications, adopt new values and expand the meaning of old values with each generation.

The novel reconstructs the old Vedic times and culture in a rural set up, typically Indian, with its predominant caste system with little scope for rationalism. Professions get segregated along with castes and philosophy alone gets documented as knowledge and interestingly science is practised by the illiterates. A parallel is drawn between the progress of science in the west and the prevalence of superstitions in India of that period.

A tragic epidemic uproots the family from its original village and brings them to the urban surroundings. Encompassing five generations, the novel traces the impact of Vedic culture, British education, freedom struggle of Gandhi and the migration of post independent youth to the west. The family absorbs and adapts to the social changes and manages to retain the cherished family values that are both humane and universal.

None can remain untouched by history and progressive social changes. This novel traces the change from theism to rationalism, from philosophy to science, from east to west and from rigid caste systems to a more rational society.

Dr. K. N. Guruprasad works as a professor of biological sciences in the University of Indore. Besides being a professional researcher in science, he has interest in creative writing and has authored two books of fiction. His second book - ‘Days Unforgettable’ is also published by Notion Press.