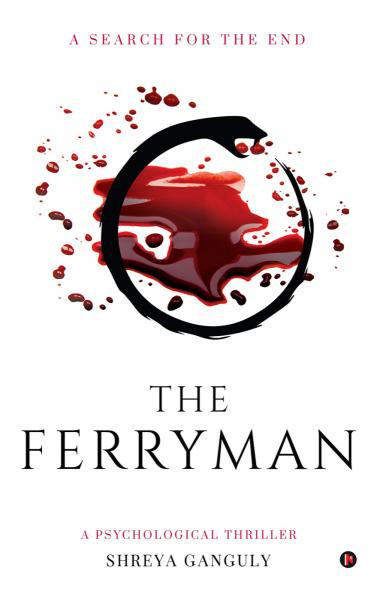 The Ferryman A Psychological Thriller

Every myth is a tale half-told…

When the darkest of vice meets red-stained ice, we hear it all unfold!

It is 2035 CE (covid era). Este, a disgraced and broken ex-intelligence officer, finds herself in the middle of a small isolated island community, frozen and barren— on the edge of the world, with the ‘virus’ at the core of its existing divisions. She has come here searching for a second chance, a chance to redeem herself from the demons of an unforgiving yet forgotten past. In doing that, as she tries hard to blend into this near-about dystopian world, she realises that subtle is scarce; ominous rituals, ‘handsome’ dead bodies, the flaring ‘mythical’ and a sinister Belief surround her, shadowing the darkness that is growing within her. Sleuthing skills, a favouring instinct and an overbearing empathy act as her only shield, as she navigates between the intrigues of this remote coastline and that of her mind, much desperate to untangle the meaning of her long-quested salvation.

She is also confident. Perhaps a little too much. She thinks she has all the reins— of both probe and patriarchy. But nothing is as it seems. Not even her. She is much more than who she is… much more than she will ever know!

Hence, when the land dangles a mirror in front of her, it is she who must choose.

Of her and of this story. 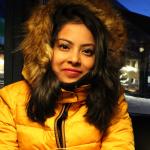 Shreya is a curious one. She likes to be introduced so. It has led her to explore different forms of writing and places that are just tiny dots on the globe. Having found her inspiration in the barrenness of the Arctic, she has a strong affinity for delving into genres of gore and crime while blending its delivery with the gorgeously unforgiving panorama of the High North. That, she feels, is a true fulfilment of her curiosity; bringing that world to this; connecting that corner to this. Her visible obsession with optics is persuasive; spilling all over her writings through the vividness of her verses, as she believes that nothing can be more convincing than seeing it all unfold— one chapter at a time, one page at a time; almost like the unfurling of a painting, one roll at a time.

Shreya’s message to her readers is simple. It is to keep toggling with the unknown, be it lands or perspectives as she believes that inspiration feeds heavily on serendipity. One might see it growing in the most unexpected places. Be it the usual or the most extraordinary.