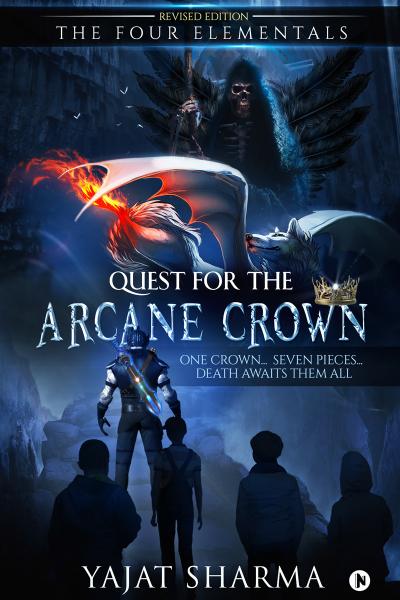 The Four Elementals: Quest for the Arcane Crown One Crown… Seven Pieces… Death Awaits Them All

The Race is Heating Up...

These four children and a warrior are the only hope against the power-hungry ruler of the Dark World - the Death Lord, who wants to conquer the Earth.

The Odds are Stacked Against Them...

To save the Earth, the warriors must find the hidden pieces of the Arcane Crown before the Death Lord does.

WILL THEY SUCCEED AND LIVE TO TELL THE TALE? 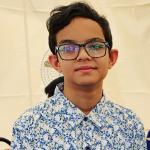 Yajat Sharma, born on 30th May 2006, is a student of Delhi Public School, R K Puram, New Delhi. He has been an avid reader since the age of three. His passion for reading inspired this book through which he gave life to his creative imagination. Typing skills acquired at an early age of five helped him profusely in being a published author at the young age of 12 years.

Yajat has conceived the story of ‘THE FOUR ELEMENTALS’ as a Trilogy. The first edition of this first book in the series was published by Rising Sun Publishers and was launched on 29th July 2018 at the India International Centre, New Delhi, India. The book touched #No. 2 in the Amazon's Bestselling List in it's listed category. This creative work of Yajat also gained entry into the India Book of Records under the Appreciation Category with a medal and citation.

The book was well received and the readers gave many suggestions. Yajat has incorporated the feedback and suggestions in this revised edition. His second Book in the "Four Elementals" series is titled as "The Skull Warrior" and the third and final book in the series is “The Pages of Destiny”.

Yajat is jovial, imaginative, focused and expansive. He possesses a mature and optimistic outlook towards life and exhibits a never-say-die spirit in whatever challenges he takes up as a young adult.

He lives in New Delhi with his parents Ritu Dwivedi and Anish Prasad and sister Jagriti.