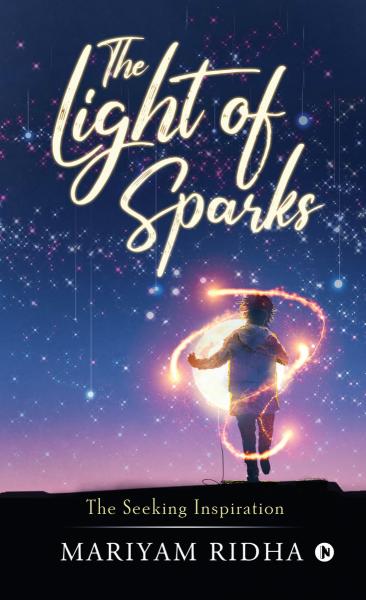 The Light of Sparks The Seeking Inspiration

When life takes a turn in every way it could, our author, Mariyam Ridha, all could do was emit up her heart, squeeze her soul which then poured into captivating poems.

‘The Light of Sparks’ is a compilation of poems which will make you go through the different labyrinthine aspect of life, which the author had gone through, which she regarded people going through and the inevitable thoughts which forced the author to scribble.

When demotivation, lovelessness, and despondency submerge us in the wrong way, the author began a journey to unseal it, evading the truth that it is already around her breaths. When she found it she penned it down such that she feels the equivalent motivation when it read for the millionth time by herself.

The sparks won’t change stories, but would presumably change the last layers of heart which hunger for optimism, benevolence, and profound affection and that will change the world around you through the light. The light, that is illuminated by the sparks.

“Let your eye be

Enough to see the sparks,

Which will light up lives” 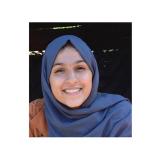 Mariyam Ridha is a teenage writer, who was born in Choori of Kasaragod district, Kerala who believes in the magic of dreams. At the age of 13 she ascertained her unquenchable passion for writing. Her parents and siblings seamlessly showered notions and guide for her writings. It was her school, K.S Abdullah English Medium School, Chettumkuzhi of Kasaragod, where she achieved her primary education, always had and gave possibilities, and cheering for her talent. She then became a writer in Wattpad (@MariyamRidha) and Instagram (@ridha.mry) where she elicited inspiration and could create a wide circle of writer friends. She is an enthusiastic reader, relishes socializing with as much as people she can, cause that’s where she obtains inspirations from.

‘The Light of Sparks’ is her first book and her first dream. When she was so succumbed finding inspiration, love, and luminary lights she began perceiving the world in such a way that sparks of positivity, affection could be seen everywhere. To feel the same pessimism and benevolence, again and again, she composed her voice and soul down. ‘The Light of Sparks’ is a collection of poems where you can seek luminary lights for your lives.