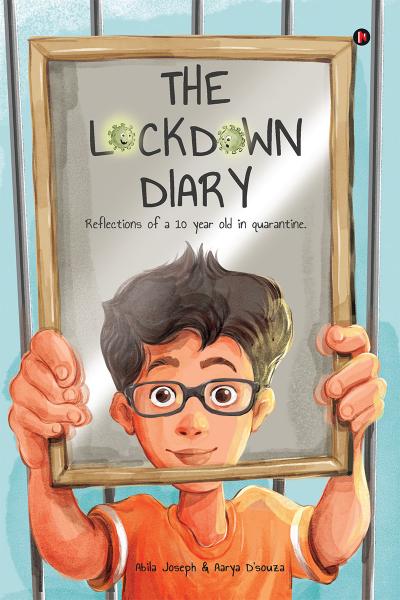 The Lockdown Diary Reflections of a 10 year old in quarantine

So, in 2020, the world became the playground of a spiky but invisible monster that made its way into everyone’s lives and everything besides. And it isn’t in any mood to get off our backs anytime soon. It was thus that The Lockdown Diary came about — in the wake of perhaps the most colossal tragedy in living memory. The Lockdown Diary is a heart-warming and entertaining story, seen and told through the eyes and voice of Aarya, a cheeky 10 year old Generation Z kid, who takes you through his and his family’s experiences during the Corona lockdown.

The highs and the lows, the nuances of his relationship with his mother and 4 year old sister, their bitter-sweet dynamics, and the things they do while being walled in make this story a compelling read.

What also makes this book or journal interesting is that while Aarya takes us through his chronicle, he also gets us to engage with our own unique stories and experiences. Amidst all the gloom that surrounds us currently, this book is a breath of fresh air and is sure to put a smile on our face.

Abila Joseph, a first-time author, never had any plans to write a book but happened to create ‘The Lockdown Diary’, the book you are about to read as we speak. She co-wrote the ‘Diary’ with her 10-year-old son Aarya, the protagonist of the book, through whose eyes the story unfolds itself. In one sense, the book could be called a by-product of the Corona lockdown as it just happened along the way and was certainly not a deliberate attempt to write a book.

Abila is a creative professional with over two decades of experience in advertising and marketing with global agencies such as the WPP Group and Omnicom Group. An undergrad in Hotel management, Abila has a Master’s in Marketing Communications from the Illinois Institute of Technology, Chicago.

After specialising in branding for agencies as well as global corporates, she now runs her own marketing firm based in Cochin called TBD (To Be Defined) and also has a successful gifting business called ‘Gift of the Present’. Although this is her first book, Abila does write scripts for ad films, short films, music videos and so on for TBD.

The co-author, Aarya Dsouza, is a sports fanatic and is currently in 5th Grade at The Choice School in Cochin. He loves writing songs and possesses exceptional problem-solving skills and has been equally good at solving puzzles and the like from the age of 4.

The mother-son duo have brought to paper their real-life dynamics and nuances in the hope of not only entertaining their readers but also taking them on a journey that is at once personal and universal.