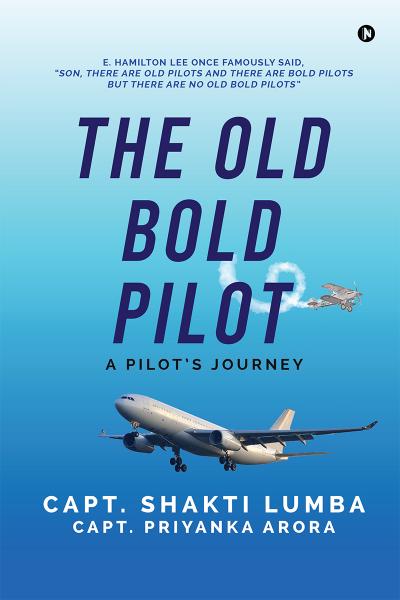 Capt. Lumba has been a pilot, union leader and airline executive. He is one of Indian aviation’s legends. His memoir will take you through the by-lanes of Indian Civil Aviation in all its glory. The book explains the Pilot Strike of 1992, the creation and success of Alliance Air (possibly India’s first low-cost carrier), the operational start-up of IndiGo, India’s premier and most successful low-cost carrier. Finally, it covers the safe landing at Laksh Farms, a place termed as a piece of heaven on earth!

Readers will find this book more than just a memoir. There are valuable lessons of personal behaviour and integrity that are invaluable to ruminate about. In addition, the historically accurate perspectives of starting and running an airline provide valuable tips for students studying aviation management or even for executives operating in that space today.

Capt. Shakti Lumba
Capt. Shakti Lumba is an alumnus of St. Joseph’s College, Nainital, and St Stephen’s College, Delhi. He started flying in 1969 and finally hung up his wings in 2010.
Capt. Lumba’s fascinating journey in aviation as a pilot, union leader and airline executive with Indian Airlines parallels the evolution of modern Indian aviation from 1970 to 2010. Not merely did he have a ringside view of the seminal moments of that period, more often he was one of the major protagonists within that very ring. By sharing his journey as a pilot, richly peppered with incidents, vignettes and behind-the-scene developments, he chronicles the story of contemporary Indian aviation.
His aviation memoirs take one through the by-lanes of Indian Civil Aviation in all its glory. The creation of Alliance Air, an airline within an airline, is possibly India’s first low-cost carrier. He successfully handled the operational start-up of IndiGo, one of India’s premier and most successful low-cost airlines, before landing safely at Laksh Farms, a place termed as a piece of heaven on earth.

Capt. Priyanka Arora
A software engineer by qualification and a commercial pilot by passion, Capt. Priyanka Arora is a potent combination of a dreamer and dream chaser.
Her debut novel, Simple Plane Love, was inspired by the stories gathered from being a part of the aviation industry for over a decade, both in the cabin and the cockpit.
When not writing, she is found speaking her mind on Twitter as @captain_speakin or clicking neck-twisting selfies for @ipriyanka.arora on Instagram.
She is the co-founder of India’s premier Sufi music festival, The Sufi Route, and the co-creator of Project Nirmaan, a youth outreach program designed for the amelioration of life in the UT of J&K.